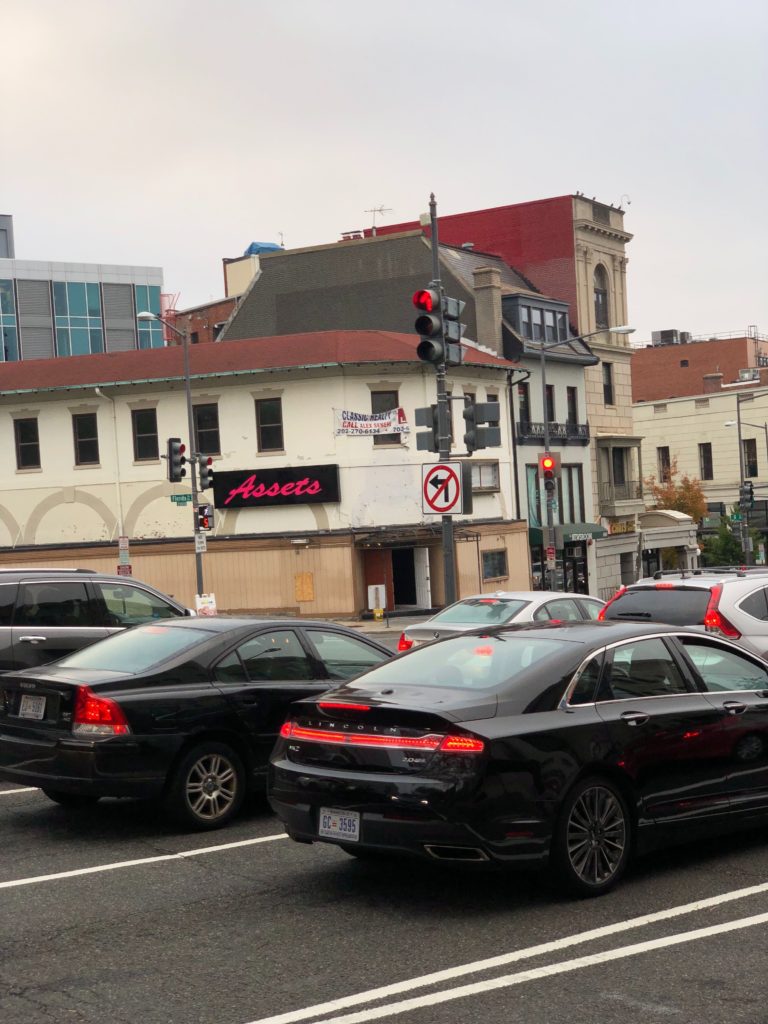 “Spotted at the SE corner of Florida and Connecticut- new signage for something called “Assets.” I thought this building had previously been sold. Any clue of what’s coming next? Thanks!”

If I was a betting man I’d say they will be carrying on the long tradition of The Royal Palace where “the performer gradually undresses, either partly or completely, in a seductive and sexually suggestive manner.” But that’s just a guess.