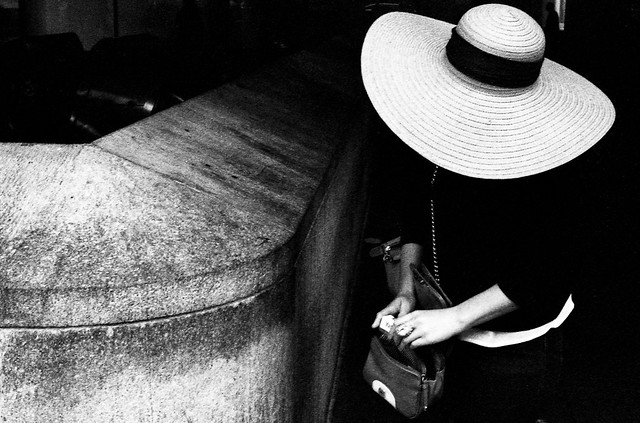 My wallet was stolen was I was eating lunch at G Street Food on Friday, Sept 13. The perpetrator sat with their back to mine, pushed their chair back, pretended to be looking for something in their multicolored backpack, then reached behind into my bag that was half open and took my wallet out while I was angled the other way.

The perpetrator then slid my wallet into their bag and walked out of the restaurant without ever purchasing anything. The security camera footage at the restaurant captured all of this and I watched it with the DC police officer. who reported to the scene over an hour after I called the police. Unfortunately, MPD has yet to assign a detective to the case or to distribute the film footage to other restaurants in the area, despite the fact that I was told such targeted crimes are on a rise in the area. In fact, when I asked one of the police officers why they hadn’t done anything with the footage, he responded that they cannot stop all of the crime in DC. Hopefully by spreading the word about such tactics, we can help keep each other safe.”