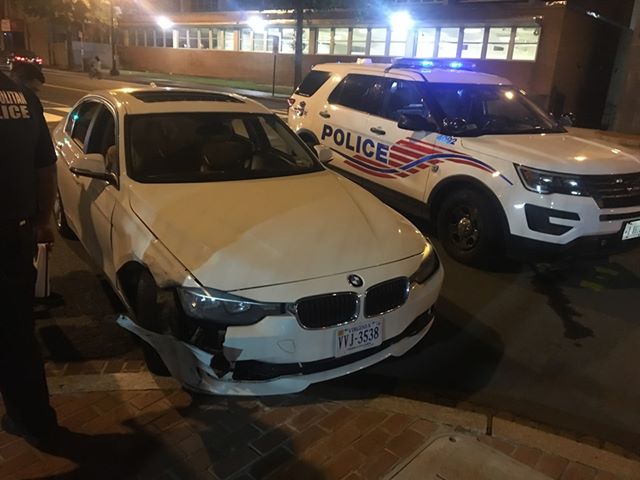 “So a drunk ass driver ran 2 red lights, hit 3 cars in front of cops who didn’t do much (until calls to 911 started, and people flagged them down) last night, and hit 3 cars total before hitting the curb to a stop. cars hit were on 2900 block of Georgia Ave, NW. finally hit a curb and stopped on the corner or Georgia and Girard.

he slammed into the black Nissan, backed up > floored it to escape, and then slammed into the White Ford, pushing it into mine backs up again > and tried to run, at this point cops are aware and starting to chase him (they were near Colony Club), and they “caught” him when he hit the curb on Girard corner. can’t make this shit up. lots of witnesses, including people in cars who almost got hit by him, and not only called the cops, but stopped to give a statement as well.”