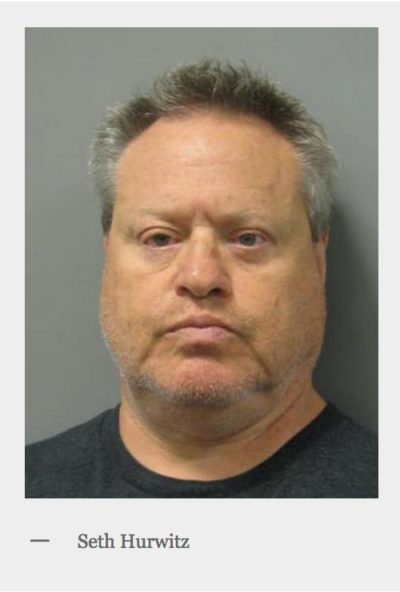 via Montgomery County Department of Police

Thanks to all who passed on. Fox5 reported: “Hurwitz is co-owner of the 9:30 Club and The Anthem in D.C. He is also chairman of I.M.P., an independent concert promotion and production company based in the D.C. area, which operates the Lincoln Theatre and Meriweather Post Pavillion in Columbia.”

From Montgomery County Department of Police:

“Detectives from the Special Investigations Division – Vice and Intelligence Unit have charged Seth Hurwitz, age 60, of the 6100 block of Lenox Road in Bethesda, with solicitation of prostitution from a licensed massage therapist at her place of business. Based on statements Hurwitz made to the victim during this investigation, detectives are concerned that there are additional victims.

On August 16, the victim, a licensed massage and physical therapist, came forward to report the solicitation to police.

Detectives learned that on August 15, at approximately 12:30 p.m., Hurwitz called the massage business and spoke to the victim to make an appointment for a massage at 3:00 pm that day.

Today, August 21, detectives arrested Hurwitz as he arrived at the massage business. He was transported to the Central Processing Unit and charged with solicitation for prostitution. He was released on a $5,000 bond.

Due to statements Hurwitz made during conversations with the victim about having similar arrangements with other women, investigators believe that there may be additional victims. Anyone who believes that she is a victim is asked to call detectives at 240-773-5958.

Note: The Department is not releasing the name of the massage business so that the victim’s identity remains confidential.”