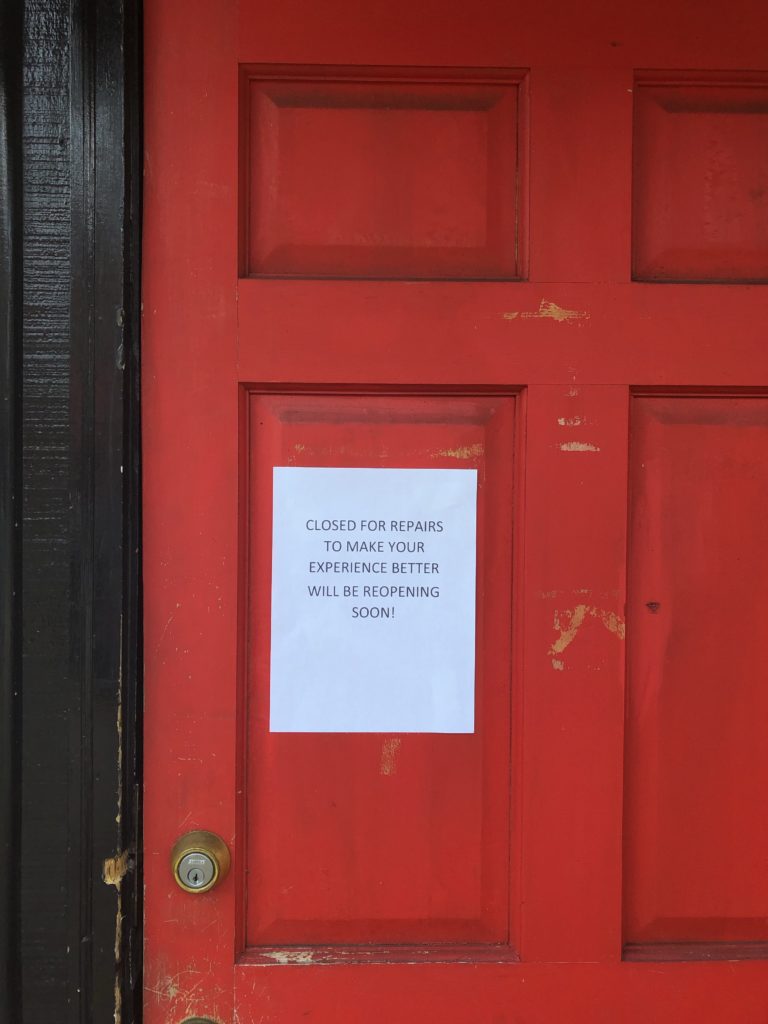 Yesterday we reported that “The Mellow Mushroom in Adams Morgan has been closed for at least 5 days.” In certain circles panic quickly followed. Others said, this is simply the Mellow Mushroom way. And it appears the later was correct.

Angela writes: “Got a friend who works for their company… he said it’s gonna open back up.”

And now they’ve added signage to their door. Another reader hears they may even reopen this afternoon. Fingers crossed!

Next
“Seems like there’s a new addition to the clusters every few days.”