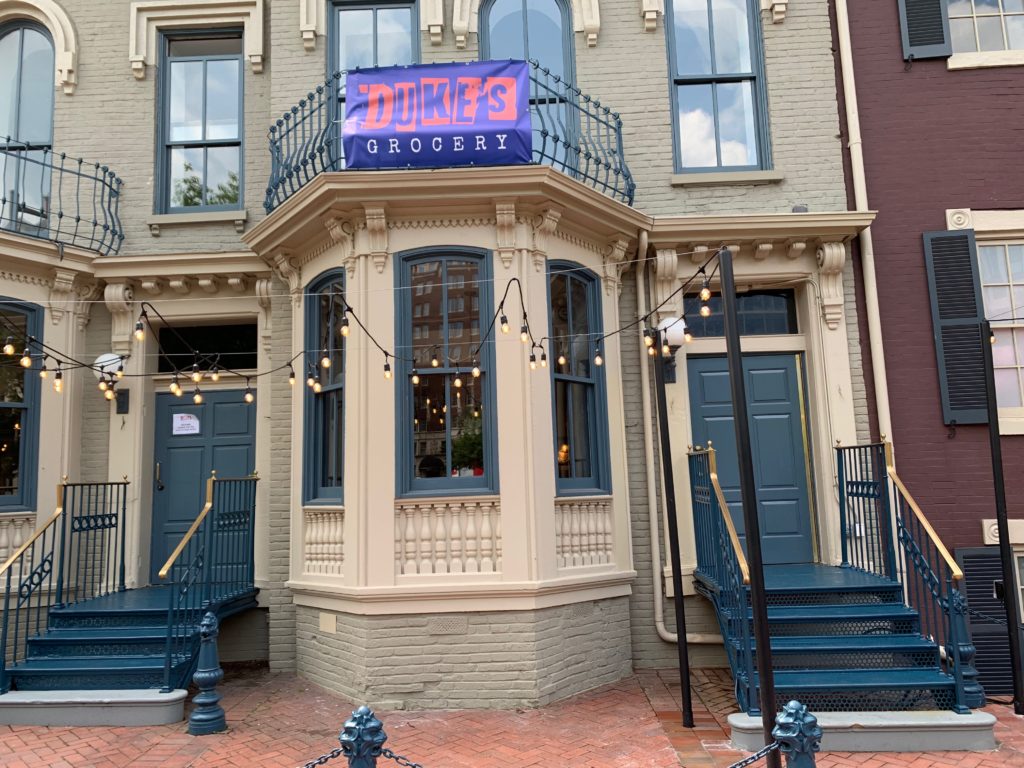 And the conversion from Kinkead’s to Duke’s Grocery is complete. Check out their menus here.

Sneak a peek inside and see the full press release: 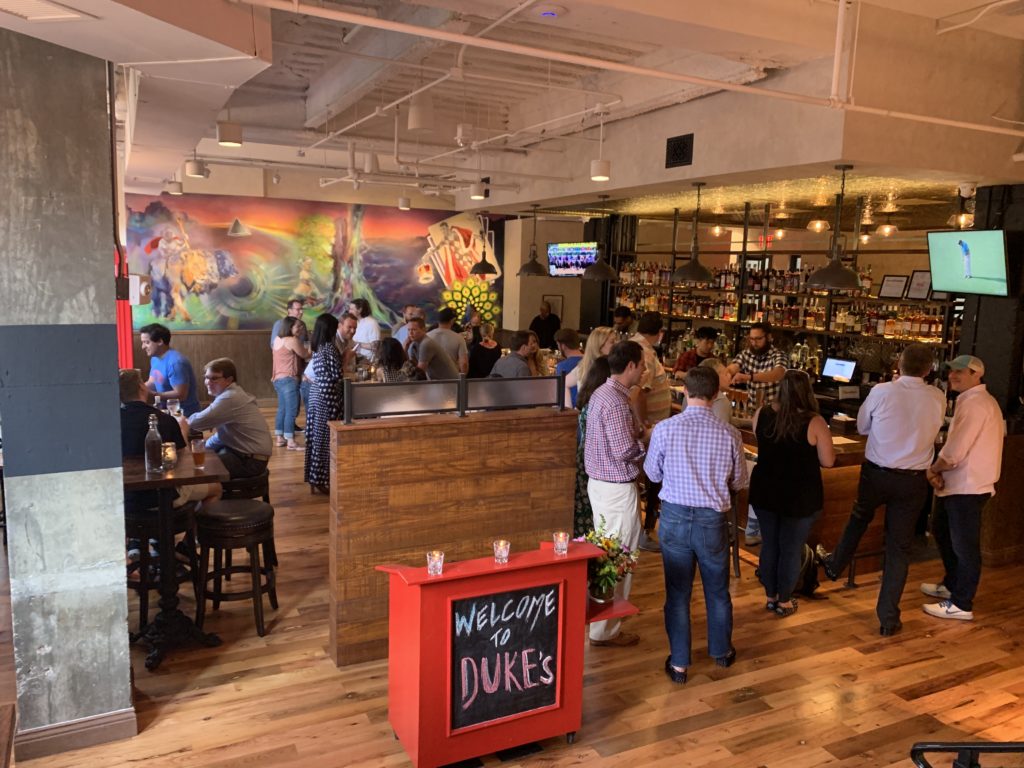 The new venture welcomes the return of Chef Rick Koplau, who was on Team Duke’s in 2014-2015. The expansive kitchen provides space and flexibility for additions like Duck Wings, Blossom Bowl, Mumbai Masala Toast, Octopus Romesco, Potted Trotters and Ebi Sando. Duke’s standbys will include the white truffle mac & cheese, big sarnies, hearty curries, and rotating specials such as Sunday Roast, lamb shanks and salt beef. Brunch, breakfast and a carry out window all begin later this summer.

On the beverage side, the 12 draught beer lines feature a fun mix of local craft and UK imports, and the expanded cocktail program includes over 20 options. In keeping with the other Duke’s locations, Happy Hour runs from 12:00-7:00pm during the week. Chef Koplau is also adding a Mushroom Matcha Latte amongst other creative non-alcoholic beverages.

Duke’s Grocery in Foggy Bottom makes its home in brick row houses originally built for Boss Shepherd in the 1870’s, and housed Kinkead’s for 23 years. The interior features exposed brick, a copper-top bar, British-themed adornments and a huge wall-sized mural by local artist Alia Akthar in a comfortable, upbeat setting similar to the existing Duke’s locations.

The original Duke’s Grocery in Dupont Circle opened in 2013, and Duke’s Counter across from the National Zoo opened in 2016.” 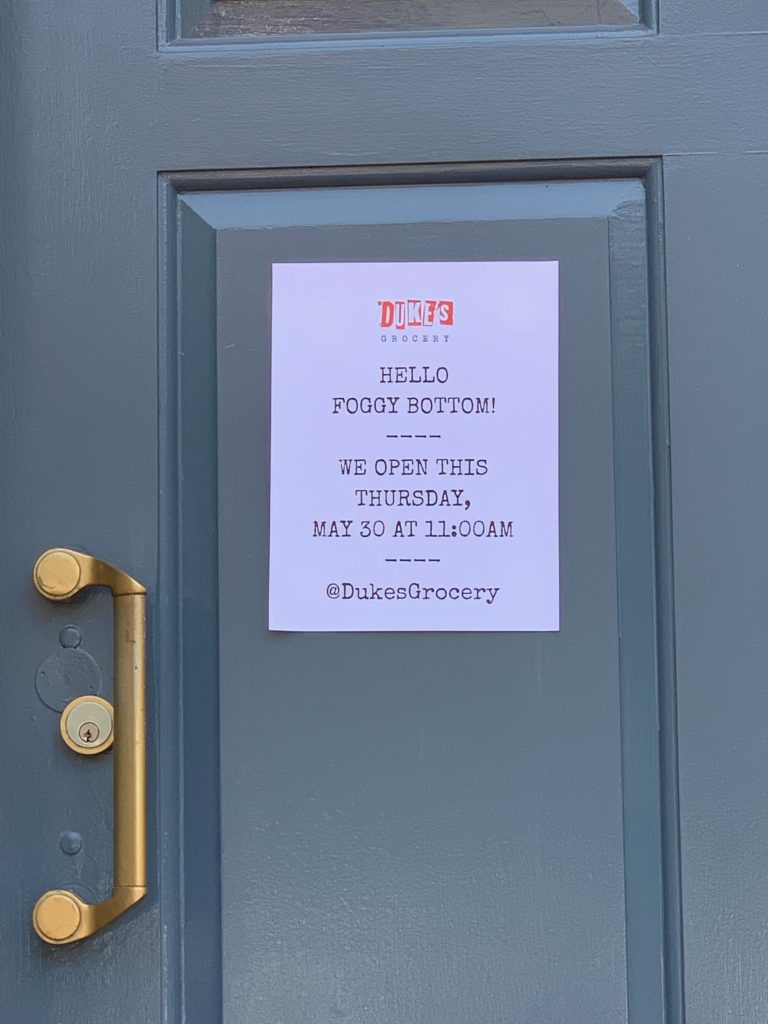 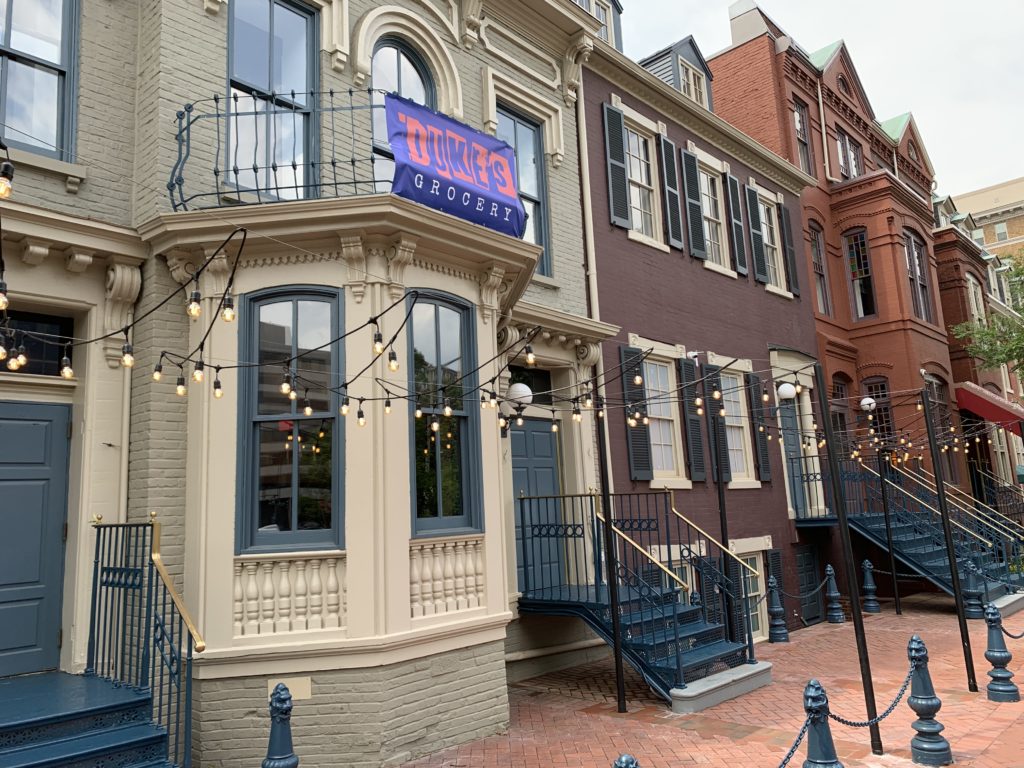