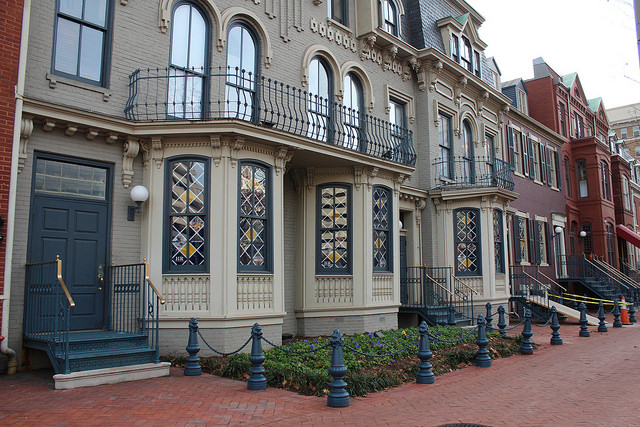 “This is an amazing opportunity to serve a great cross section of District residents, businesses, visitors and students in a historic location,” said Managing Partner Daniel Kramer. “Foggy Bottom is such a dynamic part of town, and we’re excited to become part of the community.”

Duke’s Grocery in Foggy Bottom will make its home in the brick rowhouses at 2000 Pennsylvania Avenue NW, originally built for Boss Shepherd in the 1870’s and which for 23 years were the home of legendary Chef Bob Kinkead. “One of our namesakes is Duke Zeibert, and Chef Kinkead is a winner of the RAMW’s Duke Zeibert Capital Achievement Award. So there’s a great evolution within these walls that we are excited to keep going,” said Kramer.

The new establishment is just steps from George Washington University and four blocks from the White House. The interior will feature exposed brick, a copper-top bar and British-themed adornments in a comfortable, upbeat setting similar to the existing Duke’s locations.
Duke’s Grocery has quickly instilled a loyal following with its friendly atmosphere, generous portions and reasonable prices. Among recent awards are the RAMMY for Best Casual Brunch in 2016; Thrillist’s choice for Best Burger in D.C. and #5 in the United States; and by readers of both the Washingtonian and Washington Post Express as the Best Burger in D.C. for 2017.
The original Duke’s Grocery opened in 2013, and Duke’s Counter opened in 2016.”

More Stories
“what are you looking for from their local corner store?”Down Goes the old Whitman Walker space in Logan