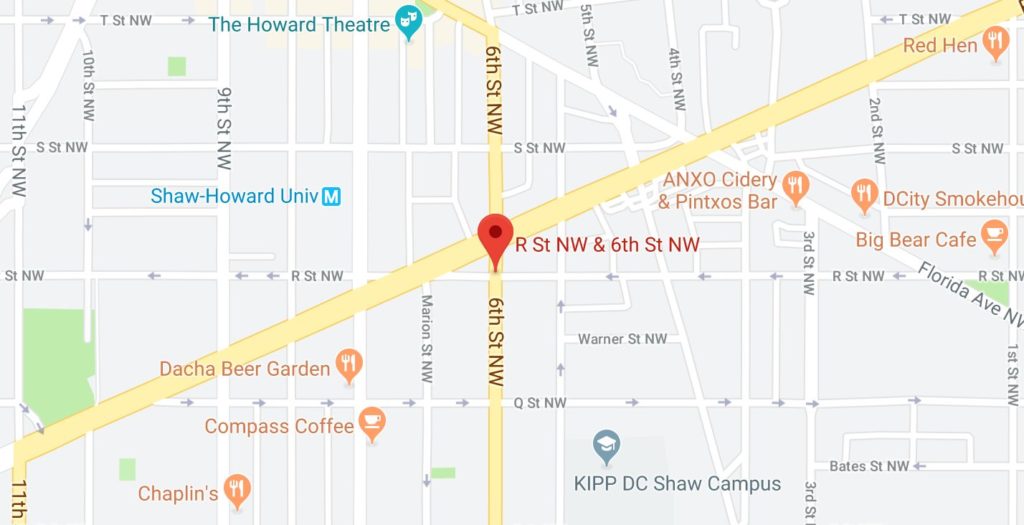 There was a hit and run that happened last night at approximately 9:55 PM at the intersection of R ST NW and 6th ST NW. I was about to cross 6th street, standing on R when I saw a cyclist (who had a green light) crossing 6th street in the bike lane on R St. At the same time, a speeding car driver turning left from Rhode Island Ave NW ran the red light and T-boned the cyclist at the intersection, sending him and his bike flying. The car driver decelerated for a few seconds, and sped away on 6th street heading south.

The guy on the bike was wearing a helmet (thankfully, because it had a large dent on the right side), but was writhing in pain on the sidewalk and unable to move his right arm. I called 911 and was only able to get a brief description of the car – looked to be a mid 2000s Scion xB (box-car) with grey/silver color. I gave my statement to the police when they arrived, as did other witnesses. I’m hoping somebody got a license plate number, and that the police actually look for the driver.“

more stories
Previous
To Answer Your Question About What’s Going On Saturday in Shaw – It’s the UHOP Parade!!