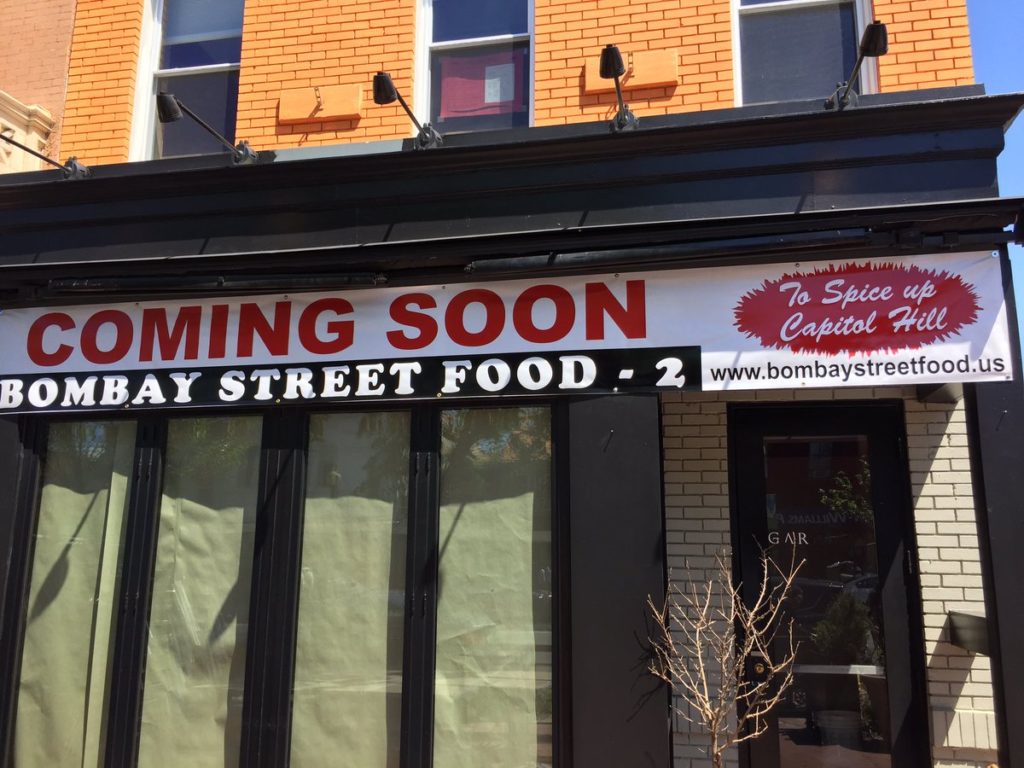 Thanks to Marc for sending: “new sign up for Bombay Street Food 2 in the former Garrison space on Barracks Row.”

Bombay Street Food (number one) opened to rave review back in November in Columbia Heights.

Bombay Street Food evokes the sights and sounds of old Bombay, bringing the flavors of both traditional and street food vendors to the Washington, DC dining landscape. After opening award winning restaurants in Northern Virginia (Curry Mantra, London Curry House and 1947). Sheikh and his business partners/chefs Pradip Shrestha and Dolly Khan traveled to Bombay for ten days to completely immerse themselves in the culture and do further research on the menu before opening Bombay Street Food. Sheikh and his business partners promise to give DC the best of the best taste from the street of Bombay.”

Check out the Columbia Heights menu here and STAY TUNED.