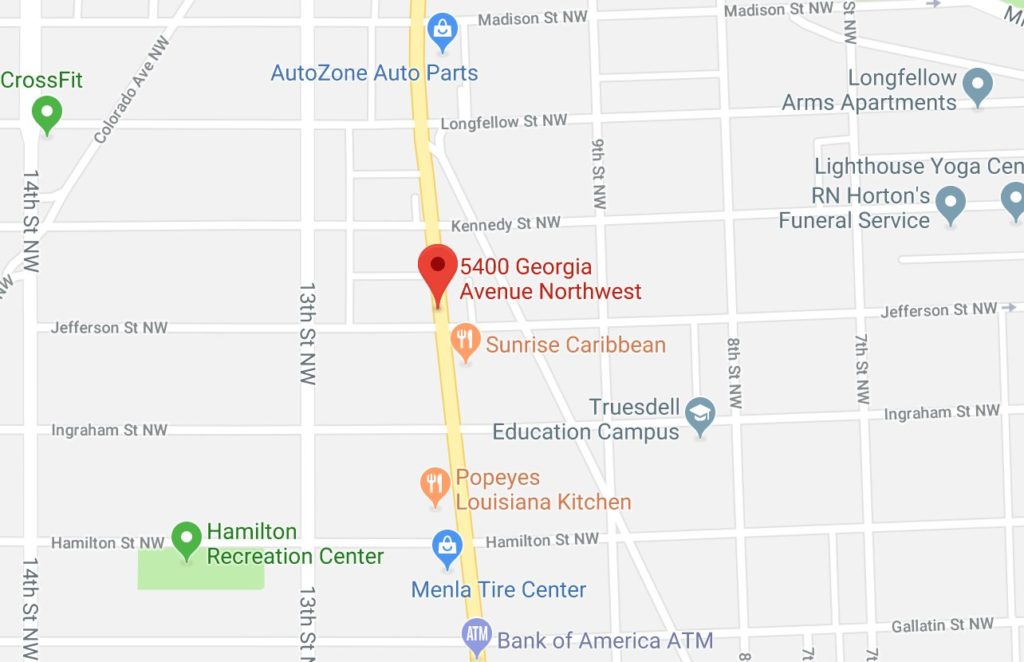 “Saturday night around 8:15pm I heard shouting outside my house then heard sirens and looked out to see an SUV stopped in front of my house with a man (the driver of the SUV) out of the car shouting on a phone. The police arrived immediately and pulled the passenger from the SUV. He was in bad shape with blood coming out of his mouth. The paramedics performed CPR and took him away quickly. The police detained, then arrested the driver as there was a warrant out for his arrest. The forensics team showed up and took a bunch of photos of the scene. I spoke with the detective afterward, who informed me that MPD was investigating a shooting farther up north on Georgia Avenue. The driver apparently was driving his wounded friend to the hospital when ‘things went south’ and he stopped responding. The driver called 911 from the SUV and stopped in front of my house to meet the paramedics. We don’t know what happened to the victim. It didn’t look good.”

“On March 9, 2019, at approximately 8:15 pm, the sound of a single gunshot was reported. Fourth District members thoroughly canvassed the area and located a crime scene inside of an establishment in the 5400 block of Georgia Avenue. The victim was then located in a vehicle in the 5100 block of 9th Street N.W. suffering from a gunshot wound. The victim was transported to a local hospital and succumbed to their injuries.

If you believe you have any information in regards to this investigation please contact the Metropolitan Police Department at 202-727-9099.”

“There was a shooting Friday night at 9th and Kennedy nw. The victim was getting into an uber when the shooter drove up, fired 2 shots, and sped off. The victim was still alive when they loaded him into the ambulance around midnight. No idea if he survived. The uber driver sped off with his door still open, but pulled over and waited to give a statement to police.”