The former Elisir Italian Restaurant closed here in January 2014. We learned Punjab Grill was coming here almost exactly a year ago. And now the good word from Food & Wine:

“Over the last year, an American restaurant was built in India. Using methods that were passed down over generations, artisans hand carved a 40-foot, 12,000-pound swath of pink sandstone to adorn one wall.

A white marble bar was inlaid with mother-of-pearl (another example of the technique can be seen at the Taj Mahal) and positioned under a striking, faceted ceiling. Handmade wooden screens in intricate geometric patterns separate rooms. The restaurant, Punjab Grill, opens on March 11, roughly seven thousand miles away, on Pennsylvania Avenue in Washington, D.C.” 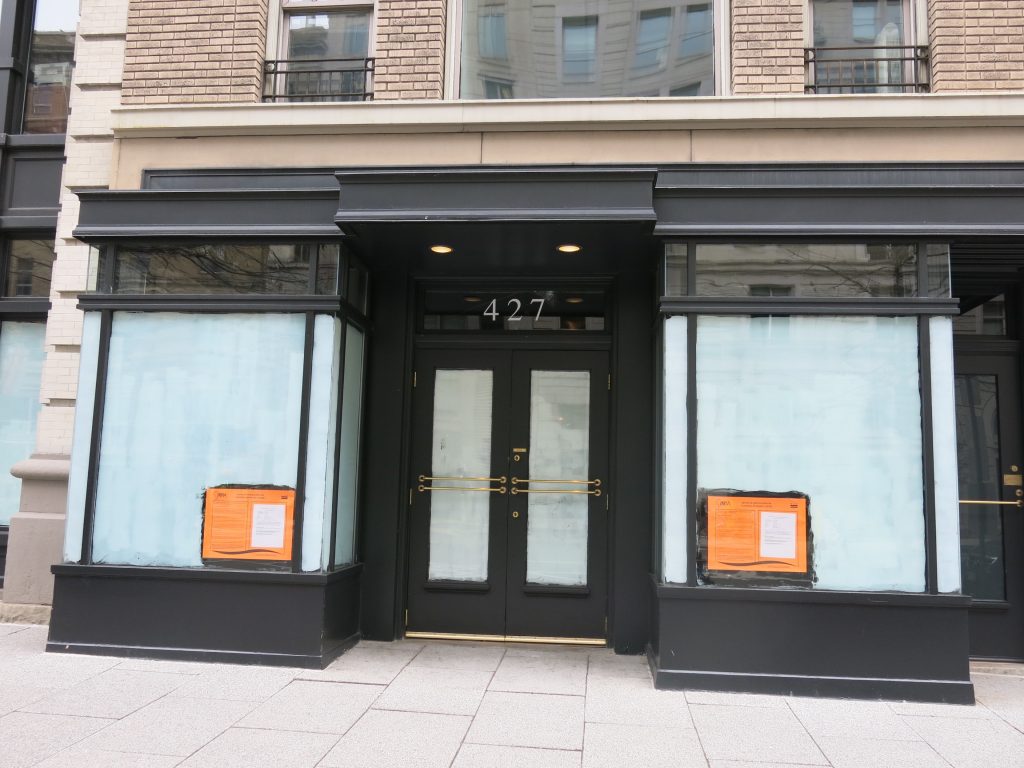