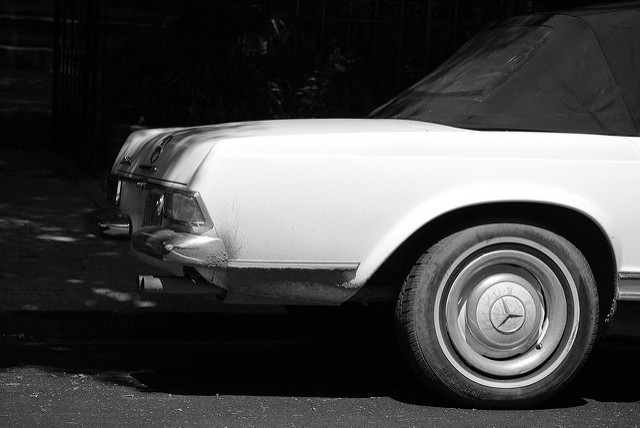 Just wanted to give readers a heads up about a scam we encountered while driving home on Valentine’s Day. We were stopped at a red light, and the man in the car next to us honked at us several times and signaled to us to roll down our window. I did, and he said my front right tire was “wobblying really bad” and I needed to pull over ASAP.

He said he was a mechanic and he’s seen this problem before. We didn’t notice that anything was off about our car while driving it, but figure we would stop on a side street and check it out just in case. Until we noticed the guy was following us. My boyfriend shoeed him off, but I figure he was trying to scam us by offering his “services” to repair our tire. Or worse. (Nothing was wrong with it at all, by the way.) this all happened on Pennsylvania ave. SE. The guy drives a beat up old blue car.”