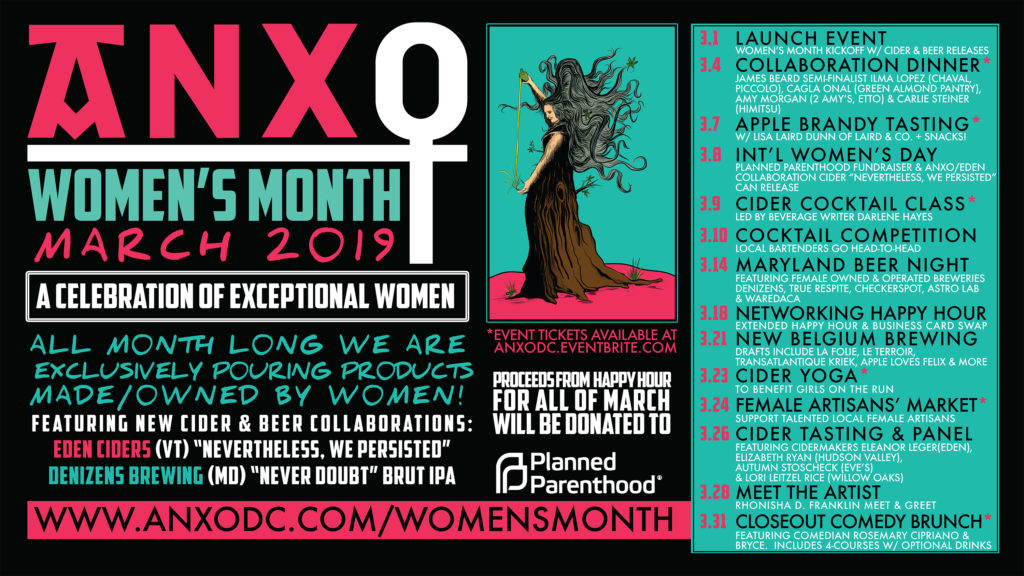 “On March 8th, 2019, ANXO and Planned Parenthood of Metropolitan Washington, DC (PPMW) will co-host the second annual “Wild Night: The Story of Basandere” in honor of International Women’s Day at ANXO Cidery & Pinxtos Bar (300 Florida Ave. NW). The evening will feature products and beverages from women-owned businesses across the District and is part of “ANXO Women’s Month”–a month-long series of events celebrating artists, makers, businesspeople, and other female self-starters throughout March. 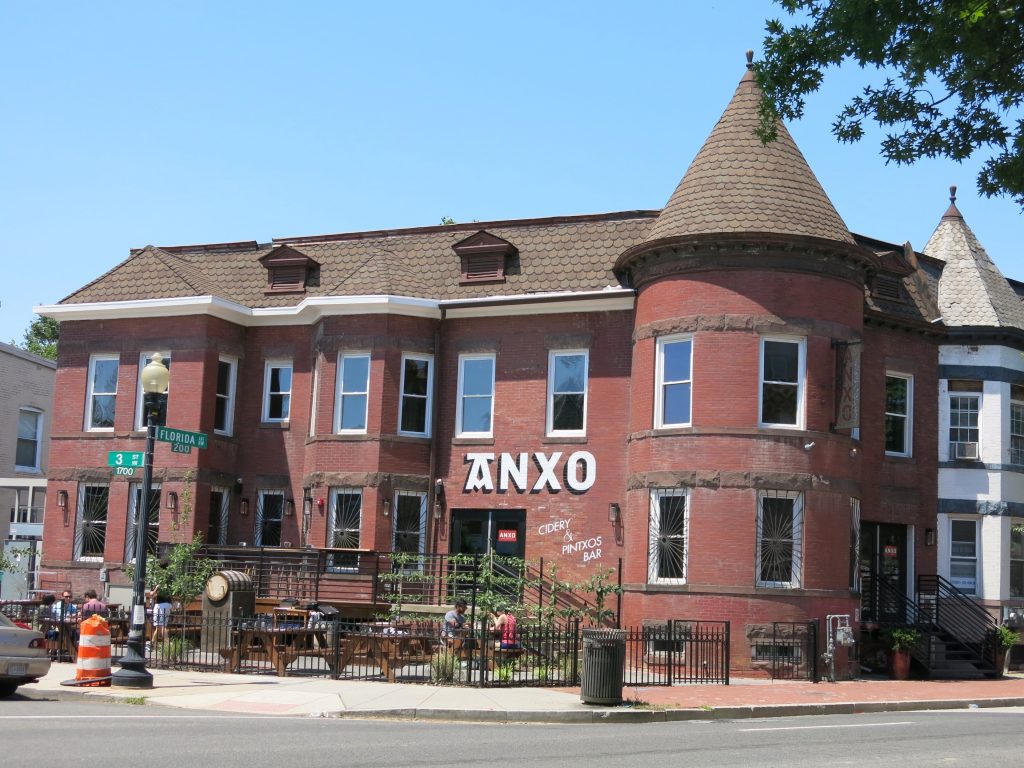 Women’s Month celebrations will take place at ANXO’s Truxton Circle location on Florida Avenue, where all the profits from happy hour all month long will be donated to PPMW to support sexual health and wellness. For the entire month, only beverages made or owned by women will be poured from the 36 draft lines, as well as wine, liquor, and non-alcoholic offerings.

“On International Women’s Day, it is essential that we highlight reproductive healthcare, which is constantly under attack under this administration,” said Dr. Laura Meyers, CEO of Planned Parenthood of Metropolitan Washington, DC. “We are thankful for community partners like ANXO who support local reproductive rights.”

ANXO will also be partnering with smaller non-profits to host a diverse roster of events featuring a variety of women-owned businesses and women-made products both within, and beyond the food and beverage world. Everything from the art on the walls to plates that the food is served on, will be sourced from female run businesses or craftspeople.

The full schedule of events includes a Collaborative Dinner on Monday, March 4th, featuring two- time James Beard semi-finalist Ilma Lopez, as well as a female bartender cocktail competition judged by beverage writer Darlene Hayes, a female artisan market, a networking event, female comic and more. The women of ANXO’s staff have made two collaborative beverages that will be offered throughout the month–one with Eden Specialty Ciders in Vermont called “Nevertheless, We Persisted”, and a Brut IPA made with Silver Spring’s Denizens Brewing.

“The response to last year’s International Women’s day fundraiser for PPMW was so overwhelmingly positive from both attendees and producers alike that it got us thinking; why not do something bigger in 2019?” stated Rachel Fitz, co-founder of ANXO. “Given the current political climate, this feels like a particularly apt time to host an event series like this and celebrate the successes of these incredible women.”

All donations made during this event will benefit Planned Parenthood of Metropolitan Washington, DC. Donations can be made here or by texting “ANXO” to 41-444.”

Next
“Anyone that uses the green space, basketball courts, skate park, dog park should attend”