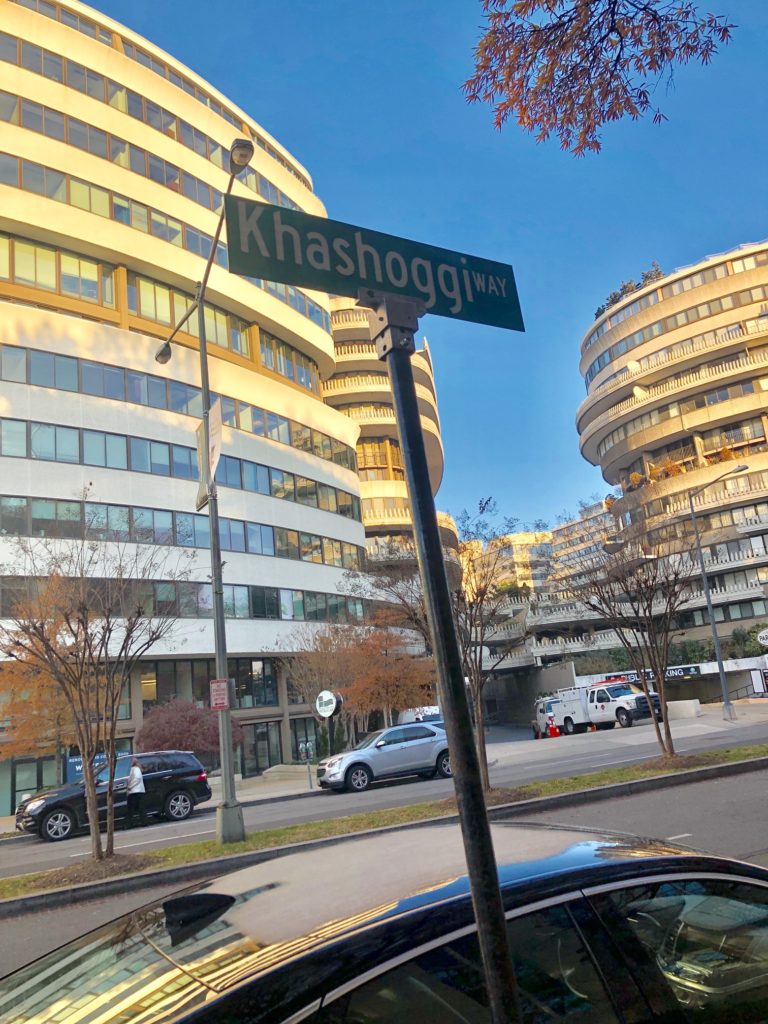 Thanks to Meredith for sending:

“On a cement post on Virginia Ave right outside the Saudi Embassy is “Khashoggi Way”. Should be interesting to see how long it lasts…it was still there this morning when I walked by it again.”

Washingtonian reported last week after the first sign went up:

“Don’t expect this to be the last of the Khashoggi Way signs. “We’re going to be placing them all over town,” [organizer Claude] Taylor says, adding that the point was to bring “some continued light and attention and focus to this issue to make sure people understand that the US government, Donald Trump, the Secretary of State have played a role and are thus complicit in the coverup of Jamal Khashoggi’s murder.”