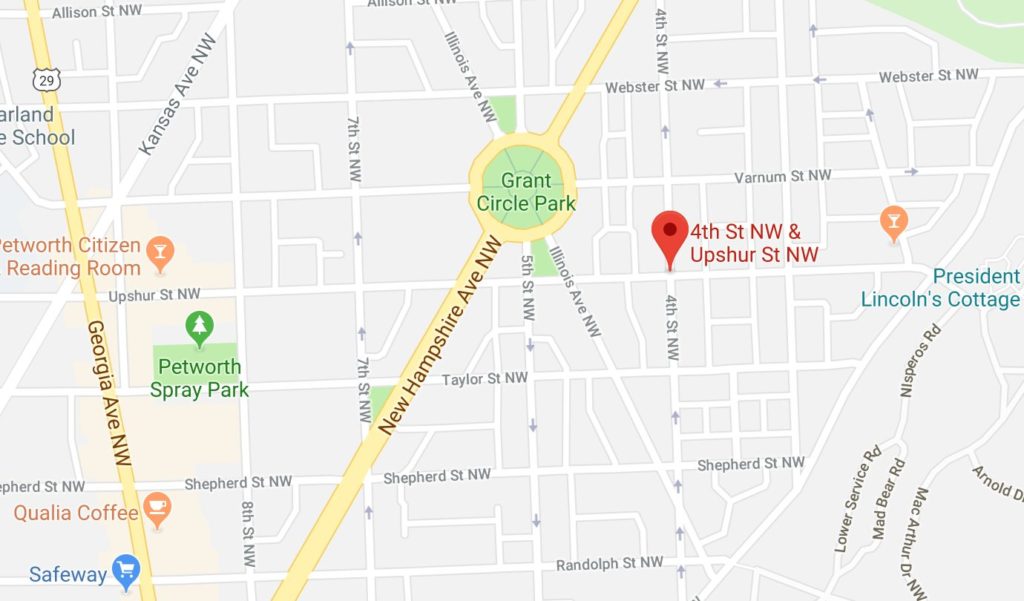 We haven’t been able to find much information on this so I’m sharing it far and wide for help.

On Saturday afternoon there was major police presence on Upshur between 4th and Illinois. We saw multiple police officers take down a man on the sidewalk. Eventually they took the man away on a stretcher.

Later that evening we stopped to talk to some neighbors on their front porch, right where it happened. The told us that they saw a man and kids (I believe they said grandkids) running up Upshur saying a man was in Grant Circle with a knife trying to hurt them. The neighbors took them in as the man with the knife approached. They were able to lock the door just in time. The man was on their front porch trying to get in as they called the cops. They even mentioned that he threw up on their porch. The police came and arrested him.

This story is way too similar to the awful story from Logan Circle a few weeks back.

Thankfully no one was hurt.

We scoured Twitter and the internet and we’re not able to find any information on the incident, so we wanted to share far and wide so neighbors are aware.

Yesterday we reached out to our ANC rep, Jonah, and he was able to provide us with the following:

“At 2:15pm Officers responded to a man being chased with a knife. They located the suspect and after a struggle disarmed and restrained him. The suspect was arrested for carrying a dangerous weapon and threats. The suspect and victim don’t know each other. The victim was not injured.”

Hopefully this is a very isolated incident.”

Thanks to Dar for sending above from Dupont and thanks to Tom for sending below from Logan: