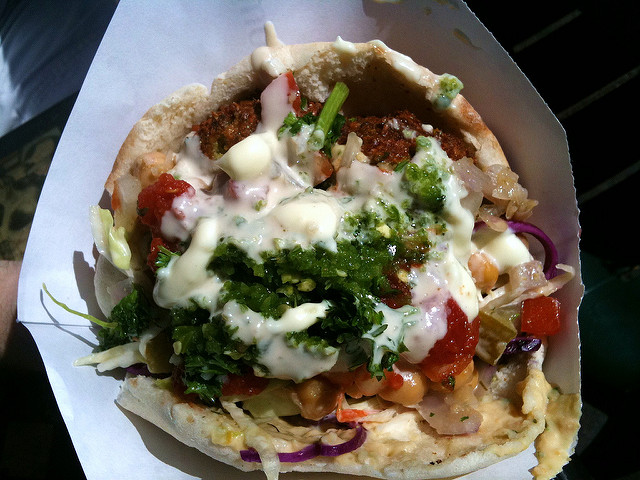 My coworker’s retirement party is coming up next week and my office hoped to get several trays of middle eastern appetizers catered (hummus and pita, grape leaves, fettoosh, falafel, etc. — nothing too fancy). We estimate we’ll have between 100-150 guests and about $300 (possibly a little more) to spend on food.

Unfortunately, the place we hoped to get these trays from claims it’ll be $10-$15 per person. Which is ridiculous — we aren’t looking for a full meal, just some afternoon bites.

Does anyone have suggestions for middle eastern catering at a reasonable price?”