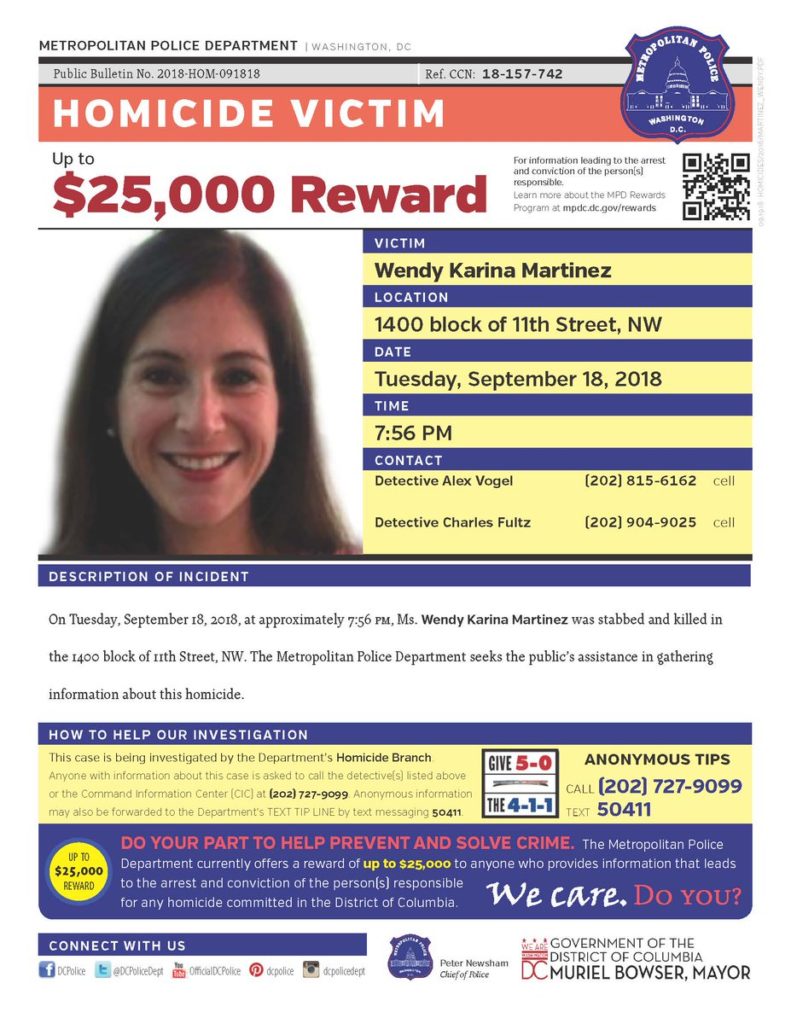 “Detectives from the Metropolitan Police Department’s Homicide Branch are investigating a fatal stabbing that occurred on Tuesday, September 18, 2018, in the 1400 block of 11th Street, Northwest.

At approximately 7:56 pm, members of the Third District responded to the listed location for the report of a stabbing. Upon arrival, officers located an adult female suffering from multiple stab wounds. DC Fire and Emergency Medical Services responded to the scene and transported the victim to a local hospital. After all life-saving efforts failed, the victim was pronounced dead.

The decedent has been identified as 35 year-old Wendy Karina Martinez, of Northwest, DC.

The suspect was captured by a nearby surveillance camera and can be seen in the photo and video below: 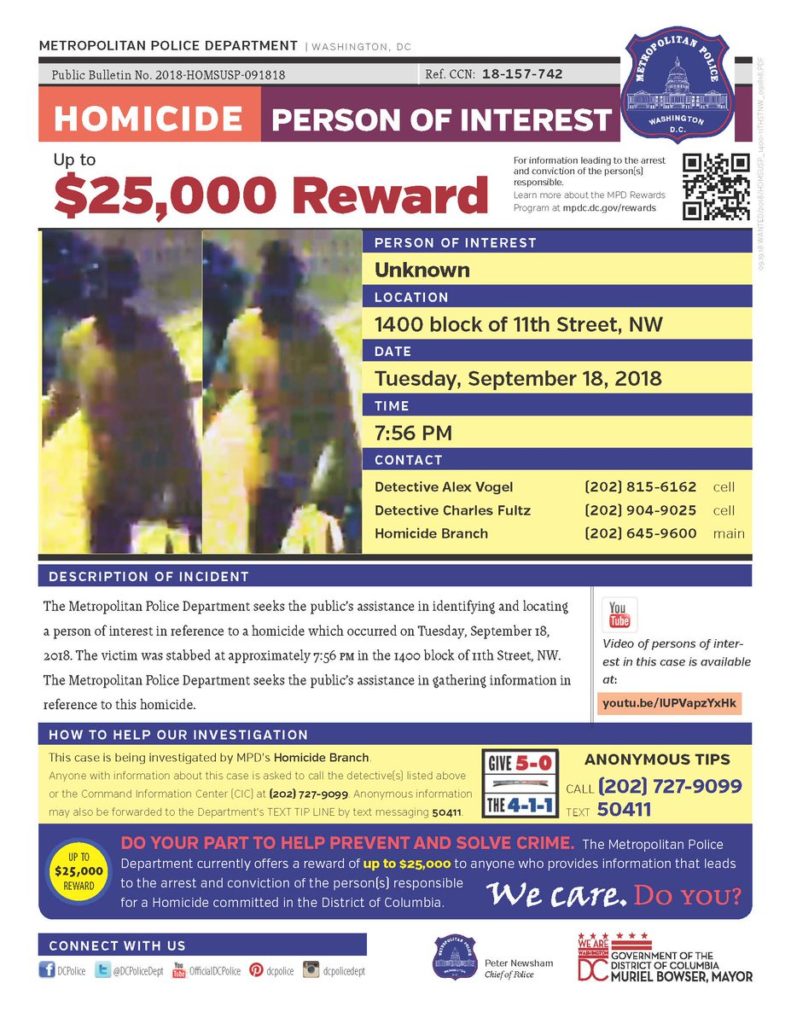 Next
Today’s Rental is a “Cute basement apt in Mount Pleasant!”