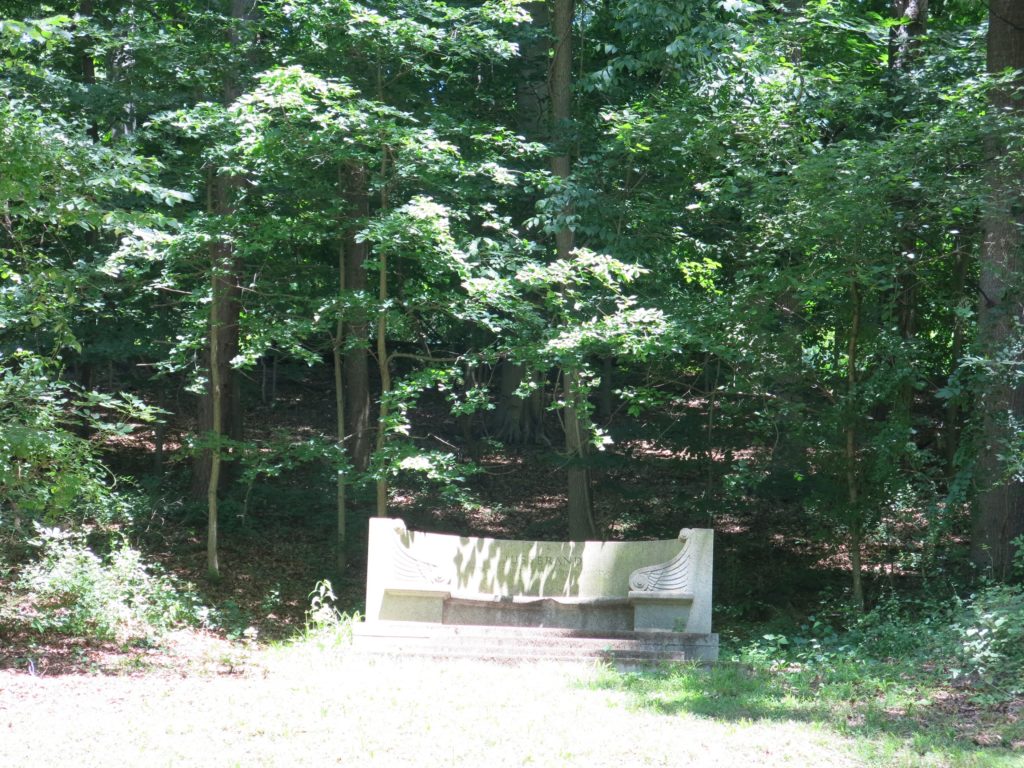 “just off Beach Drive and Western Ridge Trail, across the foot bridge from Peirce Mill.”

In honor of Bastille Day, It gives me great pleasure to, again, present the most random monument in D.C. – The Jusserand Bench in Rock Creek Park.

“A pink granite bench in Rock Creek Park honoring Jusserand was dedicated by President Franklin Delano Roosevelt on 7 November 1936. It is the first memorial erected on Federal property to a foreign diplomat.”

Ed. Note: The bench does not look particularly pink today.

“Jean Adrien Antoine Jules Jusserand (18 February 1855 – 18 July 1932) was a French author and diplomat. He was the French Ambassador to the United States during World War I.”

You can read about Jean Jules Jusserand here. 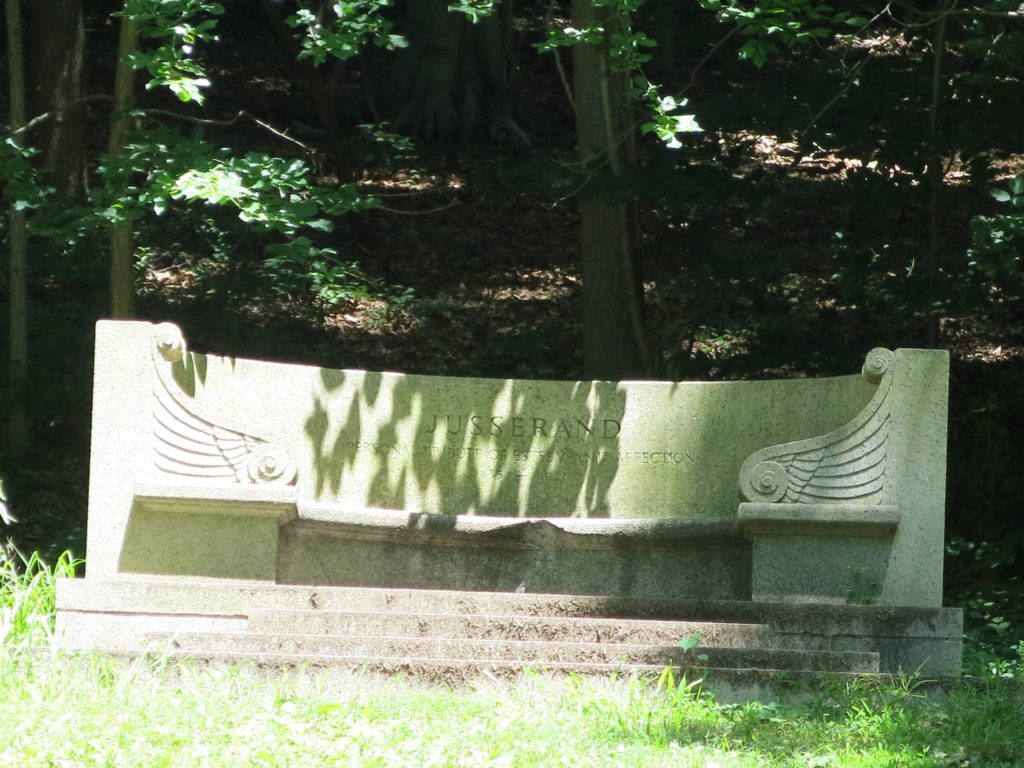 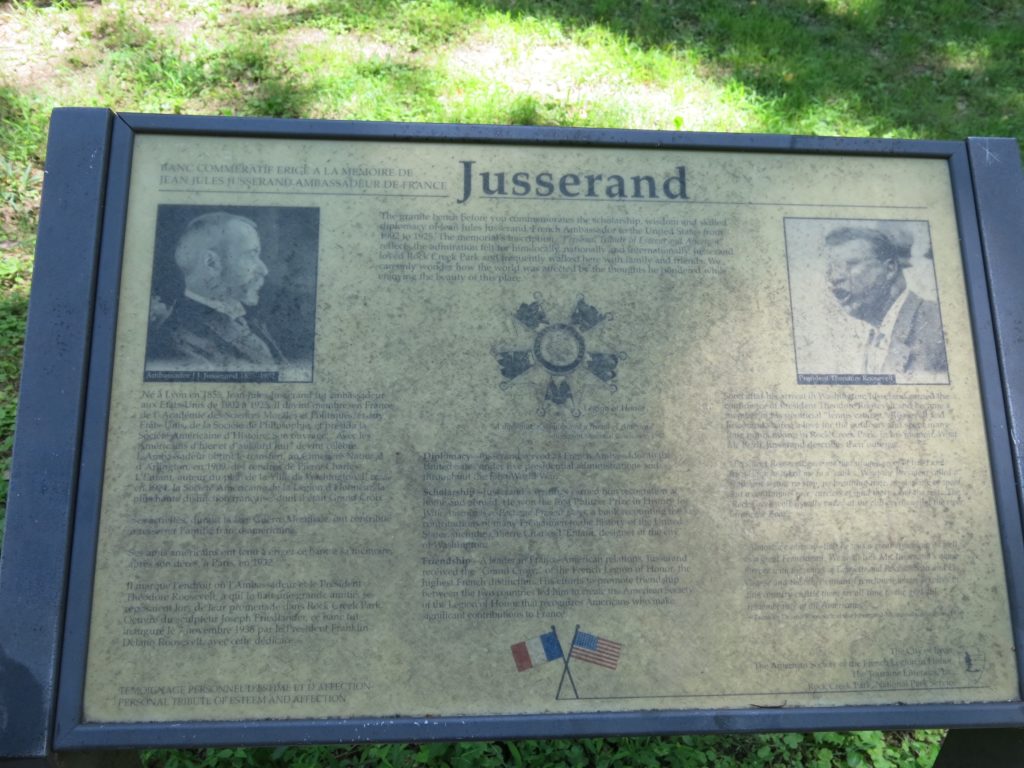