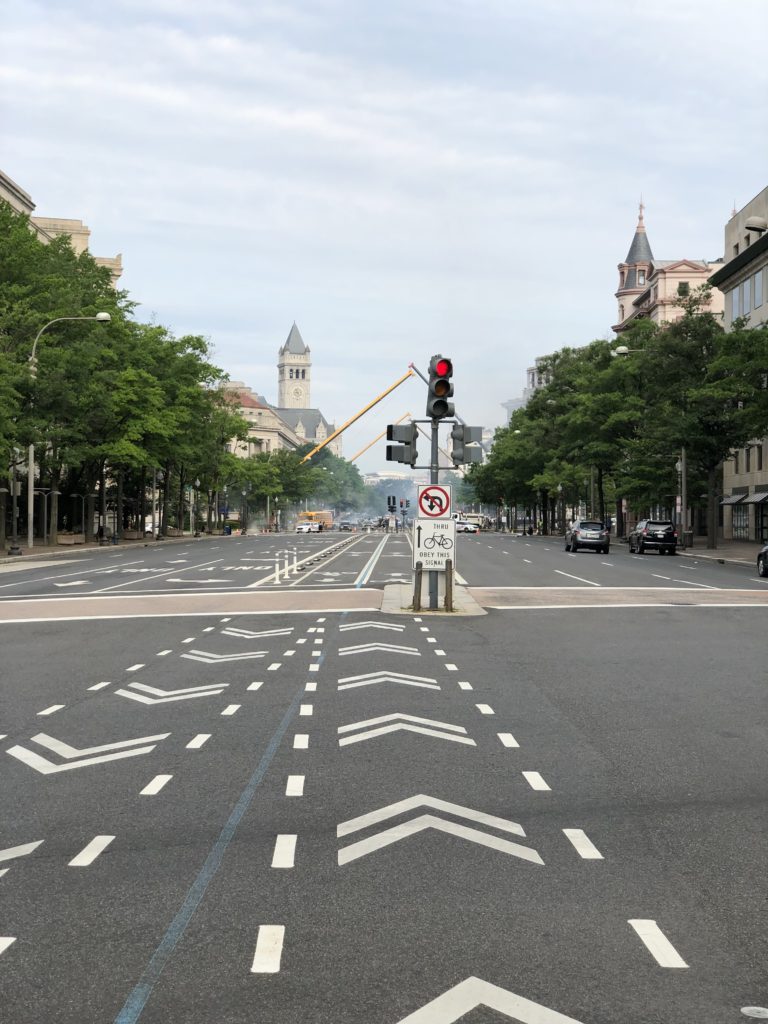 I had an interesting experience Sunday morning with the folks filming Wonder Woman. I was out for a bike ride and decided to go down Pennsylvania from the Capitol towards downtown and saw the set for Wonder Woman a couple of blocks down the street. I was stopped at a red light about a block away and snapped a picture then rode down to where Pennsylvania was closed, right on the edge of the film set. As I was getting ready to snap a couple of pictures from this location, a woman who I assume was a production assistant told me and a couple of other folks not to take pictures or video (she was nice enough to say please). I found this odd since I was standing on a public street taking a picture of an event that was also happening on a public street.

There was also a MPD car there with two officers near the woman, and they were less politely telling people they couldn’t take pictures.

My question: can they (the film company and MPD) restrict people from taking pictures of something that’s happening on a public street?” 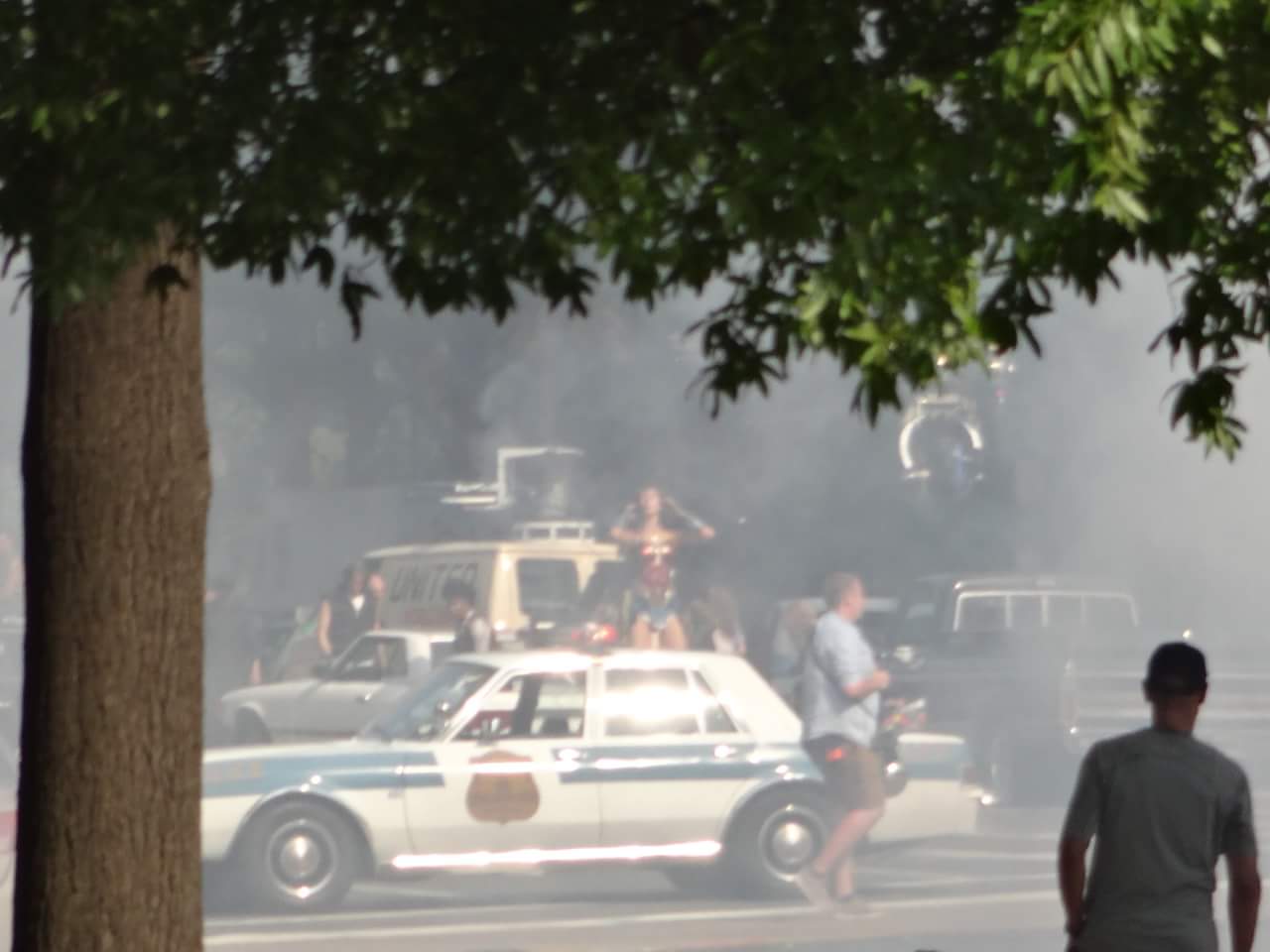