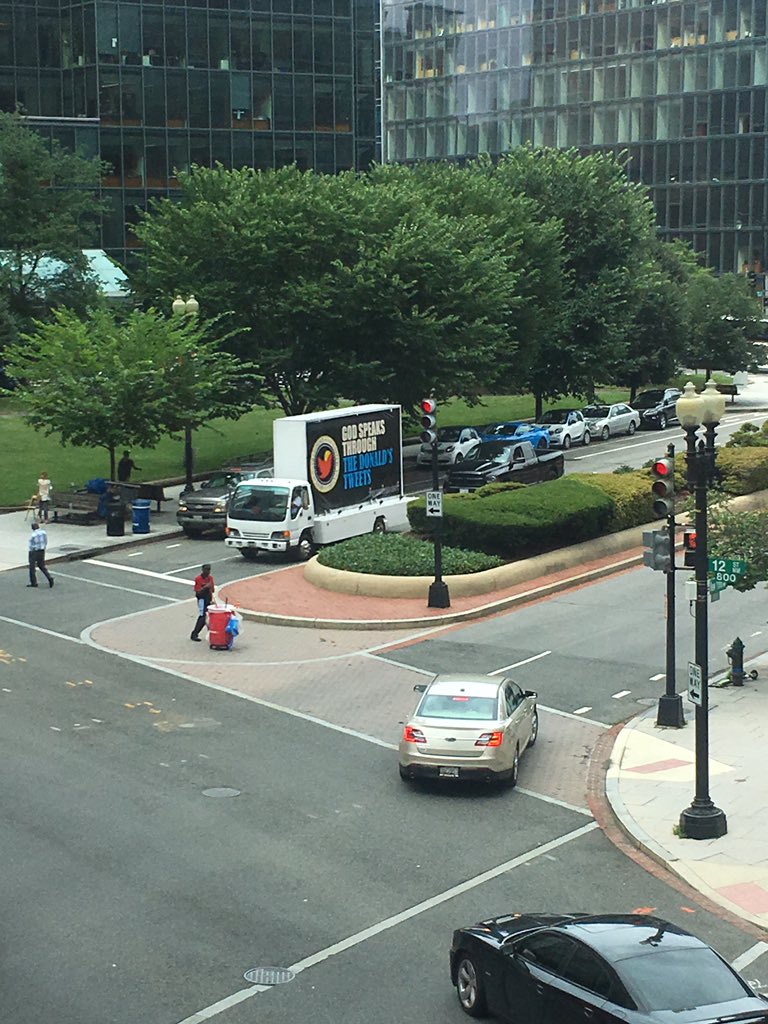 My husband was biking to a conference yesterday (June 26) at 14th and F NW when he was almost run off the road by a Caucasian guy driving a white truck with a billboard that read “God speaks through the Donald’s Tweets”. The guy yelled a racial epithet at my husband and then made a fist at him. To try to avoid getting hit by the truck, my husband biked away quickly so he didn’t catch the license plate number.

My husband then reported it to the police, because he felt that there should be some documentation that this guy was being hostile towards people of color (if it makes any difference, not that it should, my husband is Asian). The police said they would file a report but obviously not much else could be done. I am wondering if anyone has seen this truck and has by any chance taken down the license plate number. I actually saw the same truck yesterday near the White House and just thought, what an idiot — but at the same time, while free speech is fine, I don’t want anyone else to be harassed and/or scared and who knows if this guy will elevate his actions and actually try to run down someone. 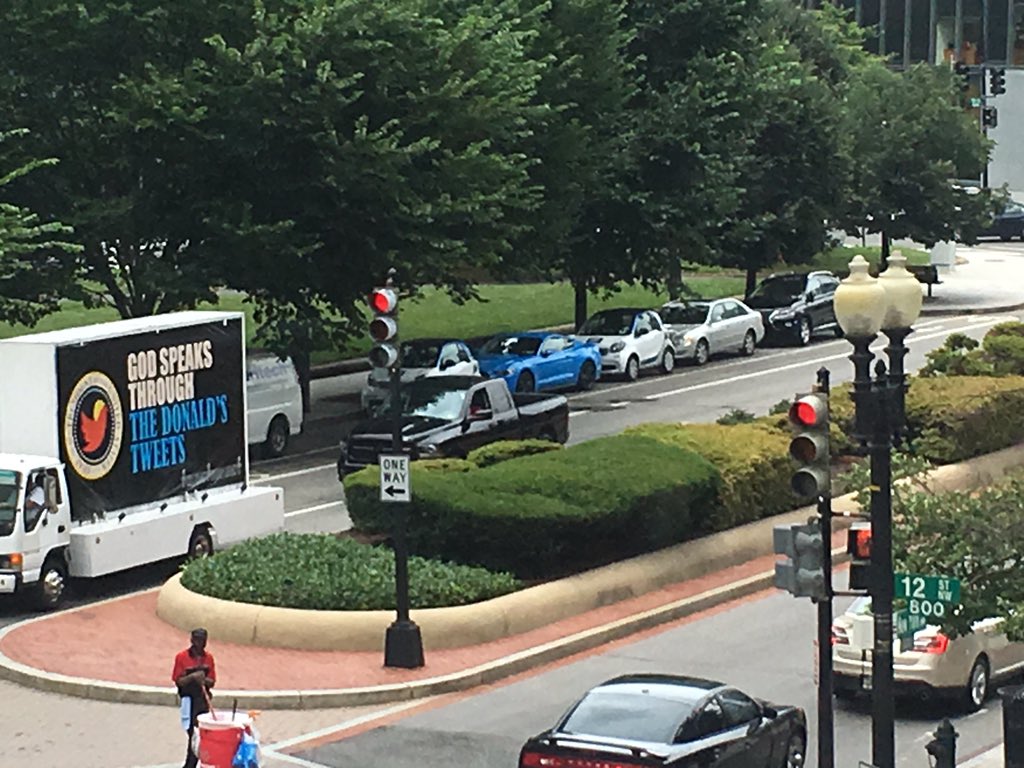 Thanks for any tips! We will add the license plate to the police report if we manage to get it.”

Read more →
More Stories
“The Cashless Retailers Prohibition Act of 2018 requires retail food establishments operating in the District of Columbia to accept cash as a form of payment.”Today’s Rental is “perfect for every lifestyle.”