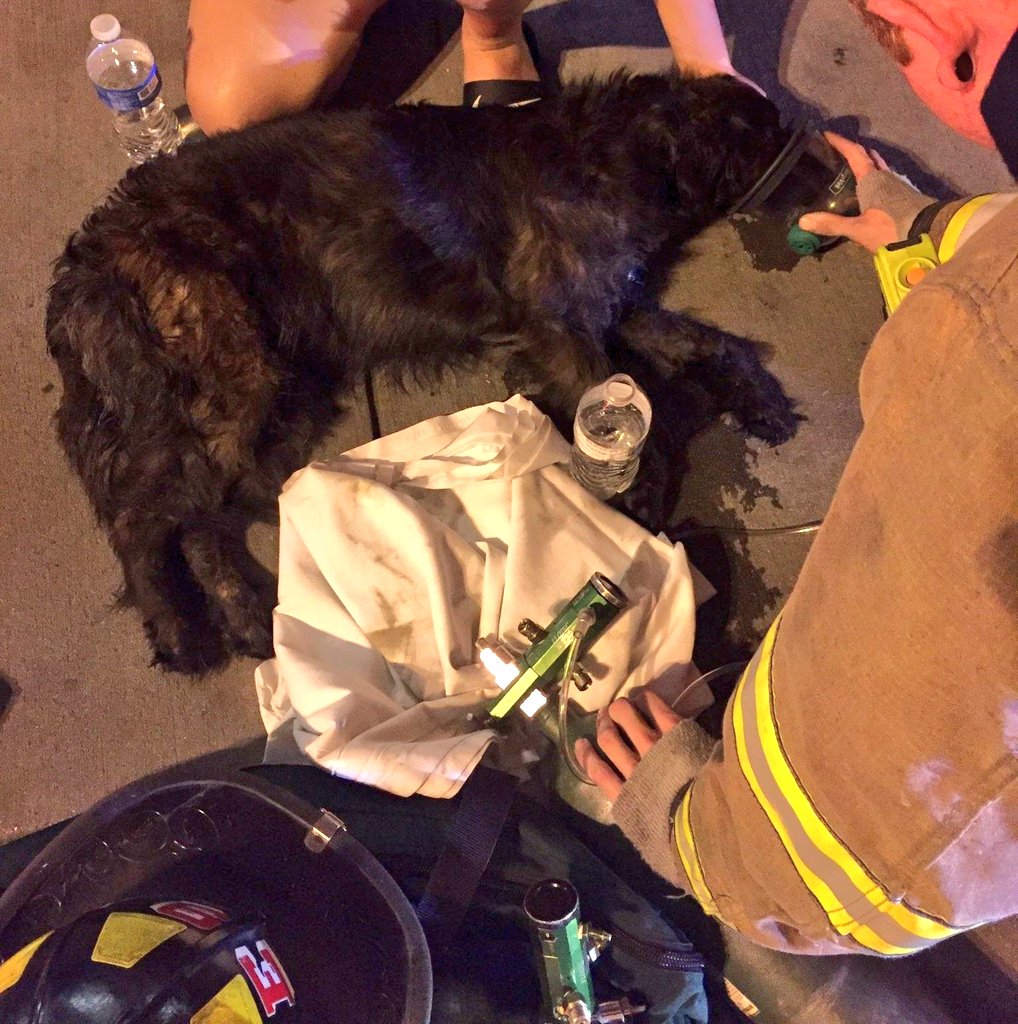 Friday night, there was a fire in a fourth-floor apartment at The Swift at Georgia and Randolph (above the Safeway):

The fire department rescued two dogs, who are both doing ok:

The two dogs #DCsBravest rescued and treated at scene of apartment fire on Georgia Ave. NW are doing fine. They are being released from the vet. We used specially designed masks to provide them with oxygen. pic.twitter.com/jmP9aSAleT

Two apartments were water damaged, according to building management.

But the real reason I’m emailing is to warn other residents and prospective renters: although an apartment was actually on fire, the fire alarms didn’t go off in the apartments on the floor above or floor below (fifth floor or third floor).

I live in the apartment directly above where the fire was. We found out about the fire when the fire department knocked on our door and told us to leave NOW. I didn’t even have time to find my shoes or phone/wallet/keys – the fireman said to me, “don’t grab anything, GET OUT NOW.” I got the dog and my husband picked up a pair of his sandals for me to wear and we ran for it. The hallway was full of smoke, and the smoke was even thicker in the stairwell. We could hear the firefighters with breathing masks on the fourth floor as we ran down the stairs.

We got to the street in time to see a firefighter on the ladder open a window on the apartment where the fire was. Huge clouds of smoke came out like the pressure had been building up. AND THE FIRE ALARM DIDN’T GO OFF FOR THIS. It was very scary thinking about how close we were to the fire and that firefighters had to come get us because the system that was supposed to warn us didn’t do anything.

Fortunately, we were allowed to return to our apartment after a while. On the way back, our neighbors from the third floor and other fifth floor apartments also told us the alarm didn’t go off for them either.

This building has had constant problems with false alarms on the fire alarm system over the last three years that we’ve been here. And now, when there was real danger, no alarm went off. The rental company and management office have not apologized or explained to residents why this happened.

I want to warn prospective renters that this building is not safe and ask other current renters to join me in demanding an explanation from Pollinger Company. I am planning to file a complaint with DCRA but also interested in suggestions from anyone else has ever faced a similar situation.

Thank you to DC Fire-EMS for their bravery and fine work.”