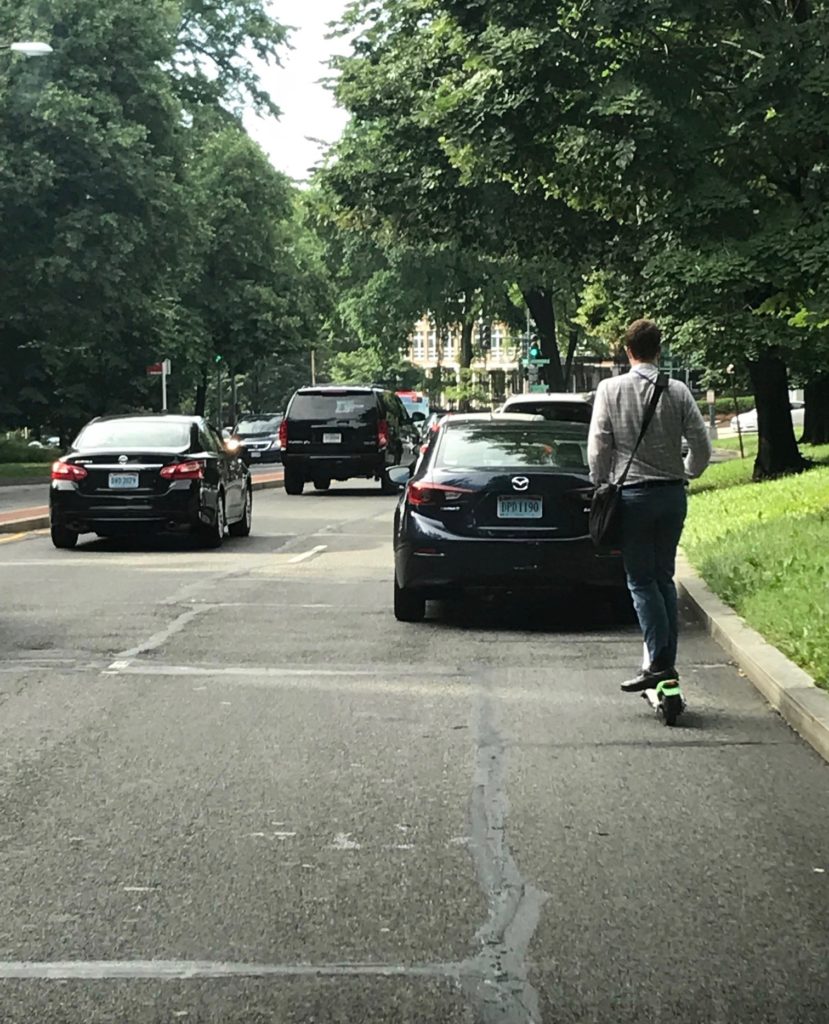 So now we have to put up with these things in traffic? This dude rode his scooter down Massachusetts in front of me from Garfield to the British embassy. During rush hour. He went about 15mph or so, which was fine when traffic was slowing for a light. But less fine when some people were driving 30mph.”

“While we’re talking about scooters… can we talk about how they DON’T belong in the road?! Every day when I bike home down M Street, I have to dodge scooters wobbling and weaving down the street. Those things are not fast enough to be on the road.”

Ed. Note: We used to have these very rants about bicycles not too long ago. So, more bike lanes the answer?

more stories
Previous
Are Solar Panels Worth It?