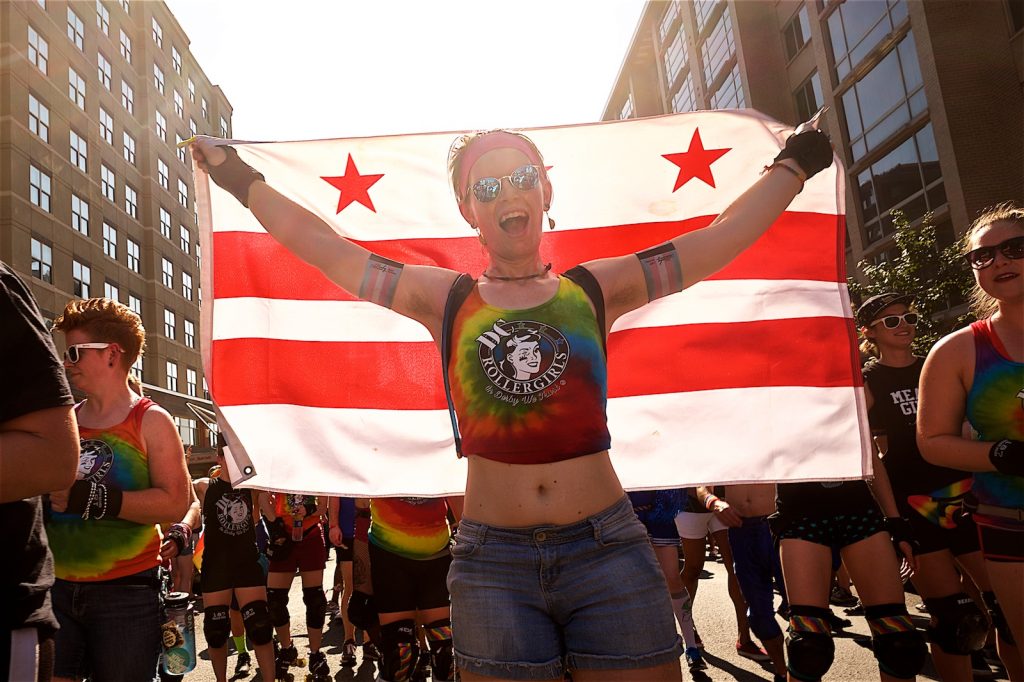 Photo by Pablo Raw from the 2017 Capital Pride Parade.

“Got a great photo from a previous Capital Pride Parade? You can enter your images into this “Flash Contest” to win a free registration to the Focus on the Story International Photo Festival.

One grand prize winner will receive a free registration to the Focus on the Story International Photo Festival, which is happening June 7 -10 in Washington, D.C. — the same weekend as this year’s Pride festivities. But even if you don’t win the top prize, you’ll still have a chance to attend the festival for free – one entrant selected at random will also receive a complimentary festival registration.

The contest winner and finalists will also receive the official festival t-shirt and tote bag. Entries close at 11:59 p.m. Tuesday. You can enter the contest, here.

The Focus on the Story International Photo Festival boasts a stellar lineup of speakers and workshop leaders, including Martin Parr and Joel-Peter Witkin, who were both named to Professional Photographer Magazine’s list of the “100 Most Influential Photographers of All Time.”

They will be joined by renowned photographers Maggie Steber, Brian Griffin and Ed Kashi, and rising stars Endia Beal and Xyza Cruz Bacani, among many others.

Besides the speakers and panel discussions, which will be at the Johns Hopkins School of Advanced International Studies, there is also a free sunrise photo meetup on June 9 at the Lincoln Memorial led by D.C. landscape photographer Angela B. Pan. You can register for the festival and sign up for Angela’s meetup here.”