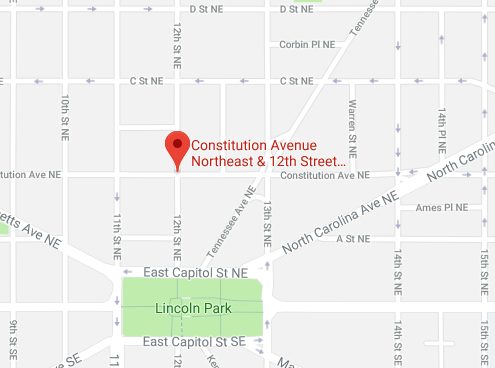 From Jen, HillEast resident of 15 years:

Dr. Antkowiak of AtlasVet heard shouts from his front stoop and ran down to the intersection with two friends. Goldy was on her side in critical shape. Dr. A got a quick history from the owner while starting CPR. Unfortunately, Goldy was too far gone for resuscitation and passed away within 60 seconds or less. The driver of the car did come back and gave Goldy’s human his information.

Dr. A transported the owner and Goldy’s body in his car to AtlasVet to discuss what would happen next. The police have been contacted and a report filed.

This follows another incident yesterday where a woman with an empty cat carrier on her way to AtlasVet was hit by a car a few blocks from H Street. The car hit her arm, sent the carrier flying, and the car sped away. She called the police when she got to AtlasVet. Thank goodness the carrier was empty and her arm was only bruised.

Please slow down and mind the traffic signs and signals when you drive through our Hill East neighborhoods. People live, work and play here. Even more tragic, we just had a young student put into the hospital by a hit and run at Payne elementary last week.”

Read more →
More Stories
“Any advice on how to get a human at the Office of Tax and Revenue to help?”Today’s Rental is an “upgraded two bedroom, two full bath in Bloomingdale”