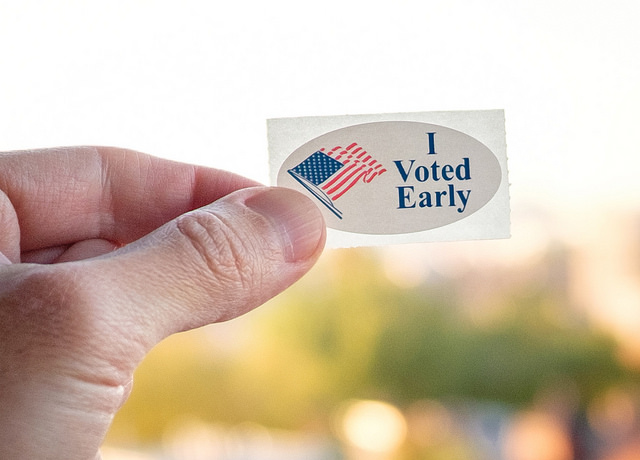 “Today, Ward 6 Councilmember Charles Allen will introduce the Youth Vote Amendment Act of 2018 to lower the voting age in the District of Columbia to 16.

“At the age of 16, our society already gives young people greater legal responsibility. They can drive a car. They can work. Some are raising a family or helping their family make ends meet. They pay taxes. Ironically, they pay fees to get a license plate that reads ‘Taxation Without Representation.’ I think its time to change that,” said Councilmember Allen.

Councilmember Allen continued: “Some people will say young people aren’t mature or educated enough. But I beg to differ. Just a few weeks ago, young District residents organized a citywide school walkout and spoke passionately at the Rally for DC Lives calling for an end to gun violence. In hearings on our schools, students testified with well-informed opinions. And yet, they can’t exercise their voice where it matters most – at the ballot box.”

The bill would remove the Board of Elections pre-registration system and simply allow a District resident to register and vote starting on their 16th birthday in elections including Council, Mayor, State Board of Education, ANC, Congressional Representative, Shadow Senator, and President.

Other jurisdictions, including neighboring Takoma Park, Greenbelt, and Hyattsville in Maryland, already allow residents to vote in local races at the age of 16. The District would be the first to lower the voting age to 16 for all races, including voting for president and eventually for House and Senate representatives. According to US Census data, in 2016 there were 11,831 DC residents ages 16 and 17 – nearly 62 percent of whom were black, 21 percent white, 12 percent Hispanic/Latinx, and five percent all others.

“The laws and budgets we pass have huge effects on these young people. We have a citywide curfew for anyone under the age of 17. We have laws with penalties that can dictate their future. We have no problem collecting taxes or fees from residents who are 16 and 17 – why shouldn’t we fully enfranchise them?” said Councilmember Allen.