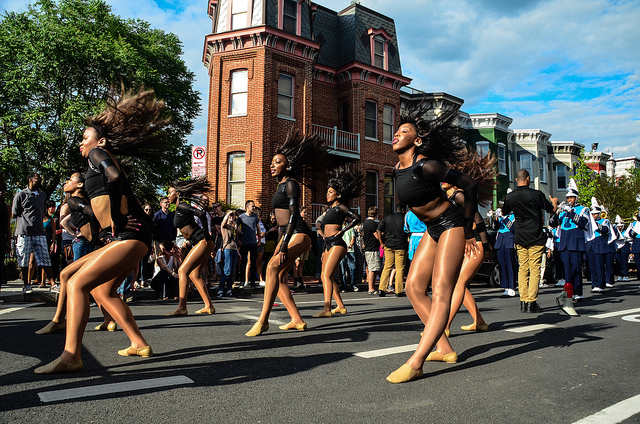 From The DC Department of Funk:

“The DC Department of Funk is excited to announce our initial line up preview for the 2018 Day Fair, Music Festival and first-ever Showcase Concert. All performances take place Saturday, May 12 with the exception of our kickoff show collaboration the night before.

For the 5th year in a row the lineup includes some of the city’s best and most promising artists, as well as performers from around the country and world. This year’s festival features a large number of new faces who have either not been a part of the event in the past or have not played in a couple years. The 2018 festival will feature nearly 100 performances throughout the day taking place at the parade itself and nearly 30 other different performance area, venues and stages. Our initial list of performers include:

Funk Parade is made possible by the support and commitment of the people of Washington, DC; grant funding from the DC Commission on Arts and the Humanities; the Office of the Mayor, and Events DC, among many others. For a more comprehensive list of sponsors and supporters please visit funkparade.com.

DAY FAIR – 1:00pm – 7:00pm – Takes place throughout the U Street Neighborhood. Specific details, stage locations and line up to be released in the next week.

PARADE – 5:00pm – 6:00pm – The Parade is open to everyone to join. Bring trumpets, trombones, drums, noise makers and join our Marching Bands and dance troupes as they make their way from the Howard Theatre to the Lincoln Theatre.

MUSIC FESTIVAL – 7:00pm – Over 20 venues throughout the U Street and Shaw Neighborhoods. $10 Festival Passes will be on sale for priority admission to festival showcases. Tickets go on sale next week.

Music venues around the city are celebrating Funk Parade with special performances, each requiring their own ticket. Affiliated shows include: