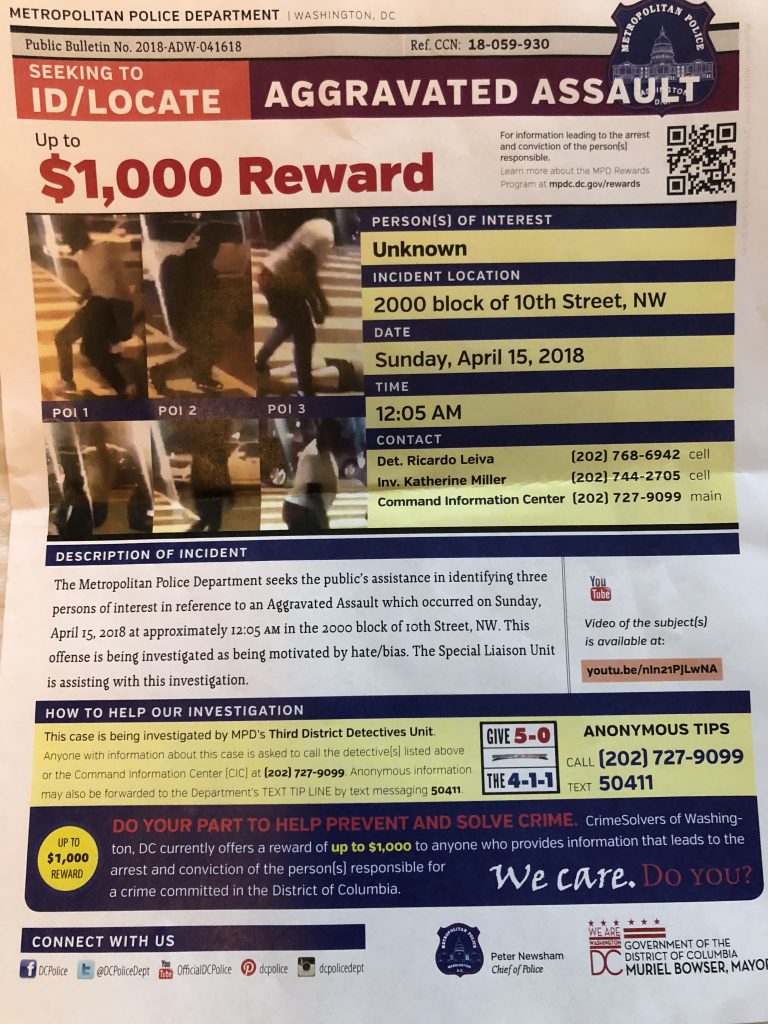 Found this flyer on my car and in my mailbox. In my eight years on U Street, this is a first. Kudos to MPD. Hope they find those a**holes. We love our LGBTQ neighbors.”

Ed. Note: I’ve seen these flyers distributed after homicides but this is the first one I’ve seen for an assault too.

A gofundme page has also been launched for the victims, which has raised over $11,000 in less than a day. Wishing both the victims a speedy recovery and hoping the reward offered expedites the capture of the assailants.

Read more →
More Stories
Streets Market coming to Cleveland Park will Sell Beer and Wine“It’s High time you joined us at the Buddie Brunch, the THC infused gifts are sure to delight your taste Buds.”