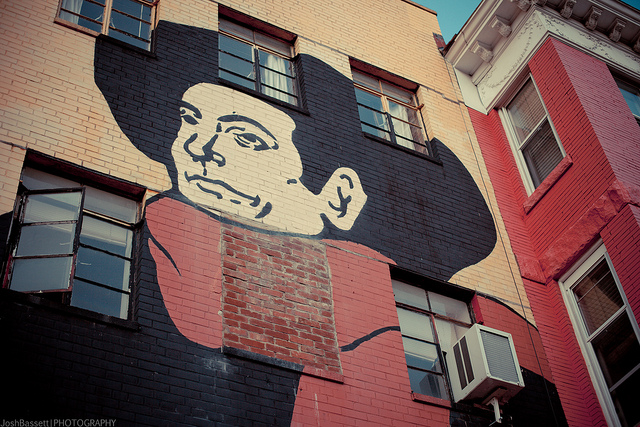 When you apply for a basic business license to rent out your place, they give you a 45 day window in which to get the home inspected. Without the inspection, the license is revoked. I am moving out of the area at the end of the month, so I got my license on February 12th and and scheduled the first available appointment (I shouldn’t call it that because they can’t even give you a time the day before) for March 7th (tomorrow). I called this morning to confirm, and my “appointment” was confirmed.

I just got a call from DCRA asking to reschedule for April 3rd or 10th. I am moving March 30th and looking to start a lease for my condo on April 1…so I said no.

He said it was the earliest they could do…then put me on hold and came back to generously offer March 27. Hopefully the inspection goes well since I won’t have any time to make corrections! I asked him why they were doing this and after he said “an emergency” I pushed him and got “a mayor blitz”. I also reminded him that this will put me outside of the 45 day window, to which he responded in monotone “it shouldn’t be an issue”.

So, I suppose the message here is if you think you might want to rent your place out in 6 months…start now and you *might* make it.

*Update–Another DCRA rep called this morning to reschedule. The rep from yesterday never recorded my rescheduled date of March 27th. Today’s rep said the delays had to do with court dates they are involved in pertaining to a large fire a few months ago that displaced 150 families. She assured me if I keep getting delayed, I can still rent. I’m obviously not trying to put a new tenant through having to deal with the process though while I’m not local (but also can acknowledge my circumstances fall behind getting displaced families homes).”

Read more →
More Stories
“To keep up the pressure on Congress on gun control, we’re laying 1 pair of shoes on the Capitol lawn for every kid we’ve lost to guns since the Newtown shooting”Today’s Rental has “gorgeous bay windows”