Get our email!
Search
metro, Petworth 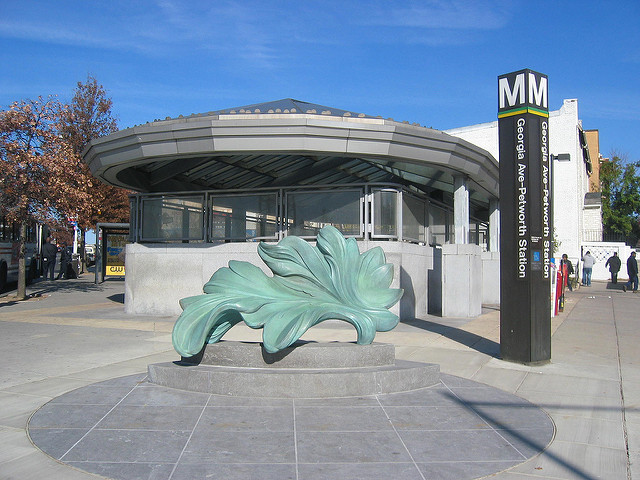 All incidents occurred between 3PM and 7PM.

1. One day, when I attempted to disembark the train at Petworth Metro Station, a group of about 30+ loud and super rowdy teenagers rushed the metro car door and would not let anyone get out of the train. I felt that my safety was at stake, so I pushed my way through the crowd in order to get off the train and exit the platform. Someone in the crowd punched me in the arm. When I got to the platform exit gate, I asked the station manager to call the police. While waiting on the police to arrive, five other passengers arrived separately and asked to call the police. It appeared that the entire Petworth metro station was being overrun by a hundred or so out-of-control high school age teenagers. In the 15 minutes that I was at the manager office waiting on the police, at least 30 of the teenagers (without displaying any type of credential) defiantly walked past the station manager and through the emergency exit gate.

2. On a Saturday afternoon

, entering the Petworth Metro station, a group of 8 boys age 12-15, ran into the station, shouting the N word and F bomb, then they took turns sliding down the platform level escalator handrail, walking back up the escalator and sliding down again. They were treating the Petworth metro facility like playground; running, sliding and shouting. When the train arrived, all eight teenage boys ran into the train car while shouting and swinging from the handrails. They surrounded a passenger who was sitting quietly by himself. The passenger realized that he was being targeted, got up and moved to the other end of the car. They let him pass through, continued to shout vulgarities and then got off the train at the next metro stop. No violence occurred, but it was the most uncomfortable metro ride in my 25 years living in DC.

3. While on the moving train, one man approx 17 yo asked another young man to meet him in the corner of the car. They both huddled together for about 10 seconds, split up and and then one guy took a large roll of cash out of his front pocket and counted it. It appeared that the two young men may have conducted a transaction.”

Read more →
More Stories
Your Afternoon Animal FixMark It “We’re opening H St. Feb 28! First 100 get a buredo or salad on us!”