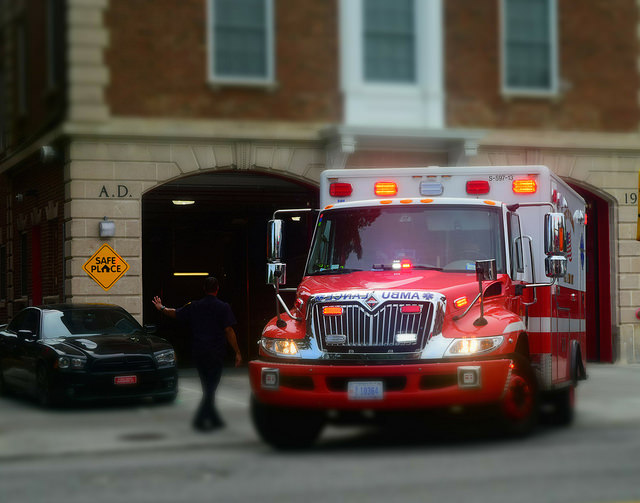 My wife, cats, and I aren’t sure how to get help for this situation. We live in a quad-plex apartment in Kingman Park and we work from home. The quad-plex next door to us has been undergoing renovations including a full basement dig out. The contractor did not take any steps to ventilate the carbon monoxide from the building. Since he operated the excavator equipment inside the empty shell of the building, the carbon monoxide built up to a level high enough that it set off the carbon monoxide detector in my apartment.

Despite the firewall between our “buildings”, there’s a pretty clear airflow between our carpet and baseboard running the length of the common wall between our buildings. I noticed it initially a couple months ago when the neighboring building was gutted, so their air was suddenly much colder and we could feel it seeping into our apartment.

If my combo smoke/CO alarm is to be believed, it doesn’t alarm until it reaches 400ppm. I very unwisely attempted to silence the alarm the first time it went off. It went off on 3 separate days, usually for several hours at a time. I bought a dedicated CO alarm from Amazon as validation and immediately it read 66ppm inside my apartment. On multiple days since receiving this dedicated alarm, I have observed readings in the 50 to 60ppm range inside my apartment.

I have gone next door and explained to the foreman that they are creating an extremely dangerous situation. I’ve tried to explain that it’s even more unhealthy for his crew.

Each time I go over, he shuts down for that day, but without ever changing operations for the following day, so things simply repeat themselves. On several occasions when I’ve told him what the reading I’m getting in my apartment, he asks what is a normal level. It’s pretty clear he has no idea what carbon monoxide even is.

I called my landlord. He eventually got the owner of the building next door to respond to him, but all she’s done is say she’ll talk to the foreman. That hasn’t changed much.

I’ve called the Fire Department – they say they’ll come measure the CO in the air and tell me it’s bad – but they can’t make anyone stop.

I’ve called DCRA – they say the permits to dig are in place, so they can’t do anything.

I’ve called OSHA – they say since I’m not an employee, they can’t help me.

I’ve been referred to DC’s DOEE – where I’ve left two voicemails over the past week and gotten no response.

At the point the digging is almost over, that’s what the foreman says. But my wife and I have inhaled significant amounts of CO over the past 3 weeks while this was going on, and it seems crazy that nobody has the authority to make it stop. Reading about the long-term health consequences of this exposure if pretty scary. Is there anyone else who can help us?”