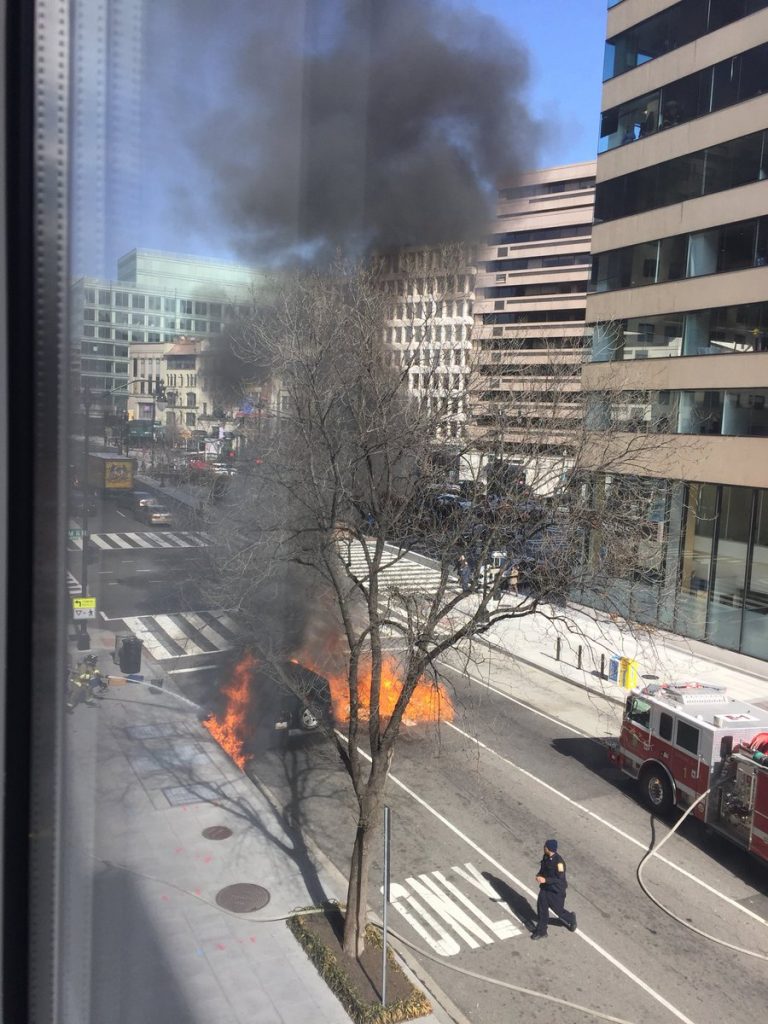 “Jeep on fire at M and 18th NW. Firefighters have it under control!” 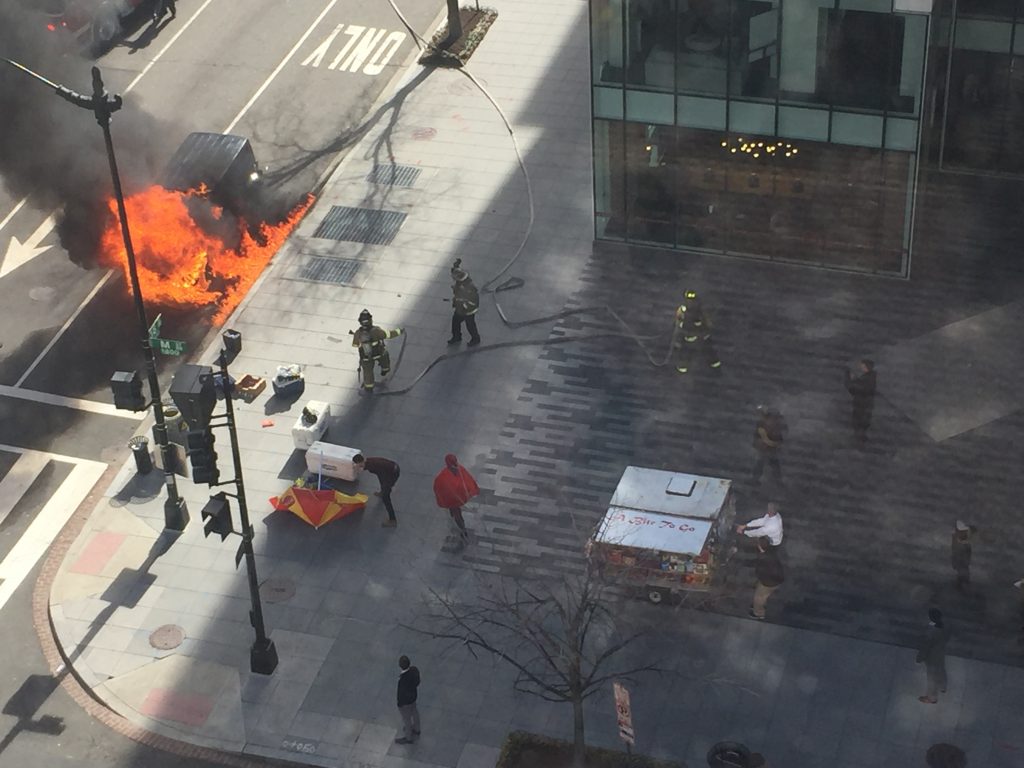 “Bystanders helped the sidewalk vendor pull his cart away. Didn’t see if someone got out of the car and I’m no one got hurt. God bless our firemen! An update: seems like the driver is safe and sound!” 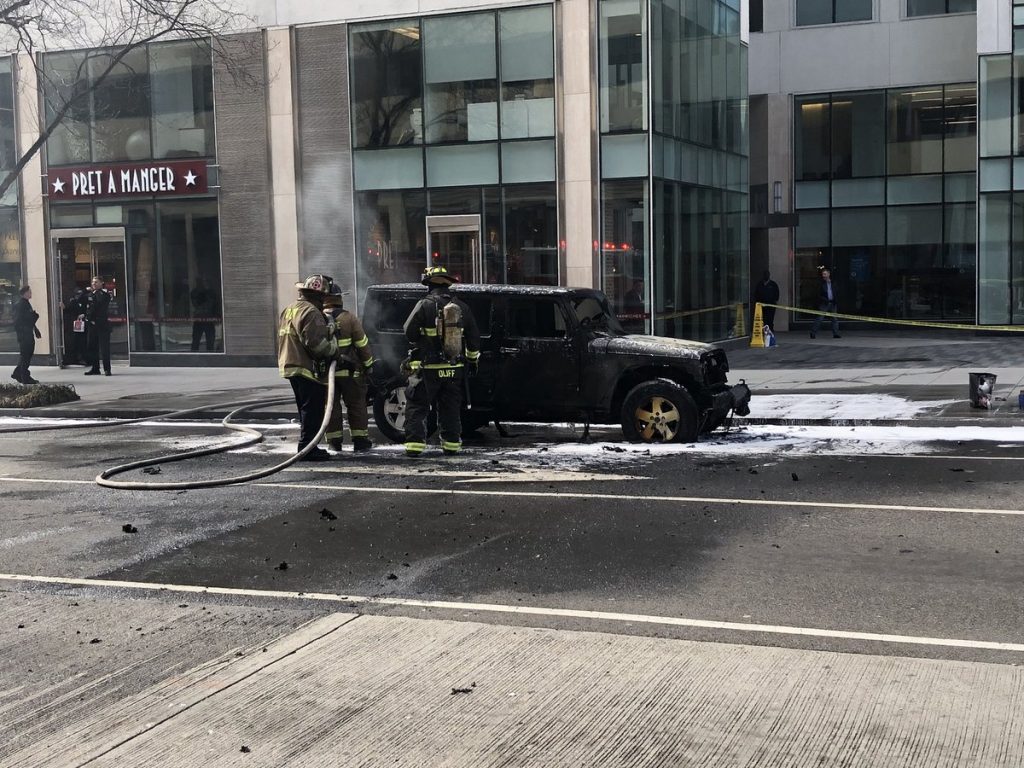 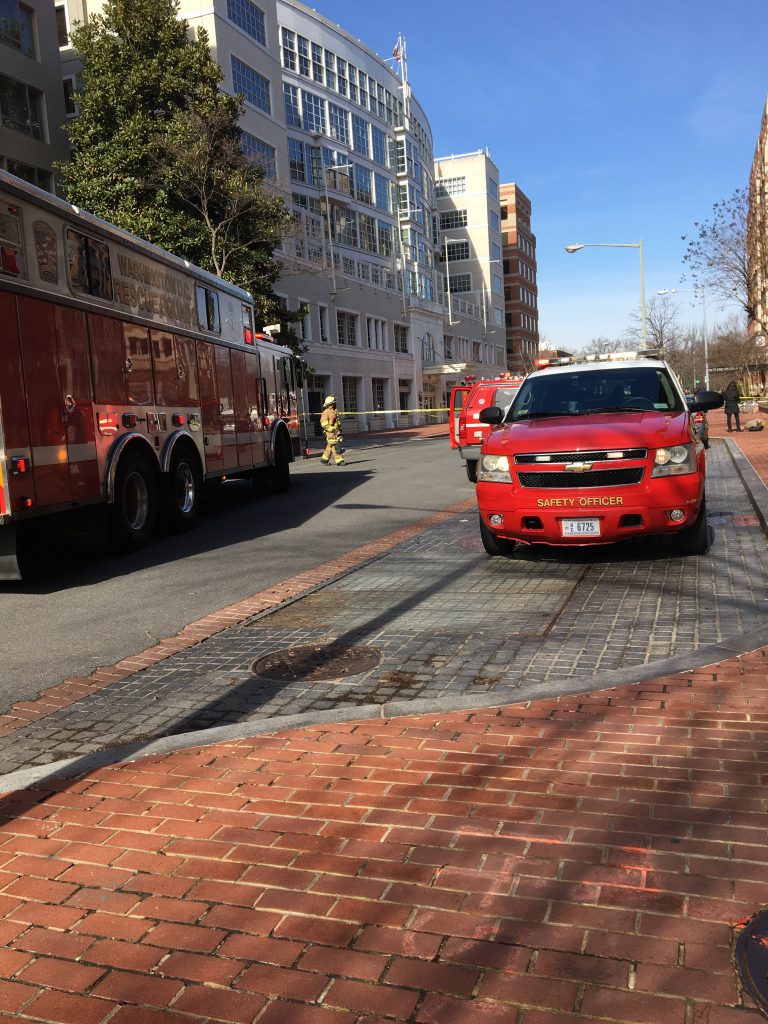 “Major first responder presence outside World Wildlife Foundation building in the West End, which is where Obama offices are (or at least were reported to be last year). At least three fire trucks, a bunch of SUVs and ambulances. Closed off between M and N. Outside the main entrance there are firemen and guys in hazmat-type suits. Not sure of the correct term, but bodies fully covered and there is an independent air source. Reporters lurking and a few men in suits with ear pieces are at the edges.”

Read more →
More Stories
“Minors Banned from 7th St NW CVS”“Any idea why there was a long line of people outside of Trinity Towers this morning at 6:30am?”