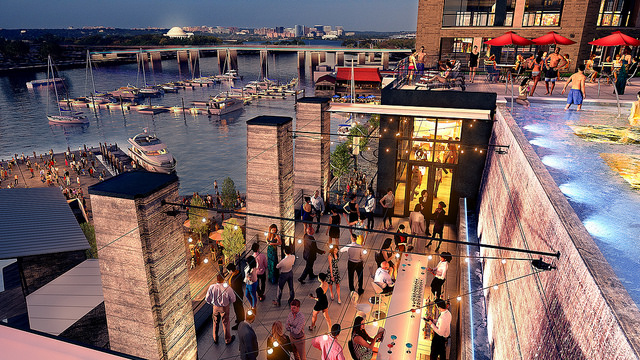 When you rush at the end of a big project, some details inevitably go skittering away from you.

Advisory Neighborhood Commission (ANC) 6D/Waterfront is dealing with this inevitability now. The ANC negotiated many agreements which limited hours of operation of bars and restaurants at The Wharf, and now one found that its neighbor is allowed to stay open later and longer.

The proprietor of La Vie appeared before ANC6D at its regularly scheduled meeting January 8 to ask for an amendment to his agreement of last year (11-page .pdf here), so that La Vie can match the hours of The Brighton.

ANC6D Chair Andy Litsky (Commissioner for district 04) said that mismatches were bound to happen in the rush to get The Wharf open on time. The ANC had asked The Wharf management to get information to the ANC in a timely manner, but a lot of the paperwork didn’t appear until the last minute.

“This speaks to the lack of organization,” Litsky said.

The ANC voted to support La Vie’s request to extend its hours to match The Brighton’s. The vote was unanimous with one abstention.

Read more →
More Stories
So What’s The Story with Blue Bottle Coffee and Sweetgreen on P Street in Logan Circle?Today in Hawks around Town – 24th and New Hampshire Ave, NW