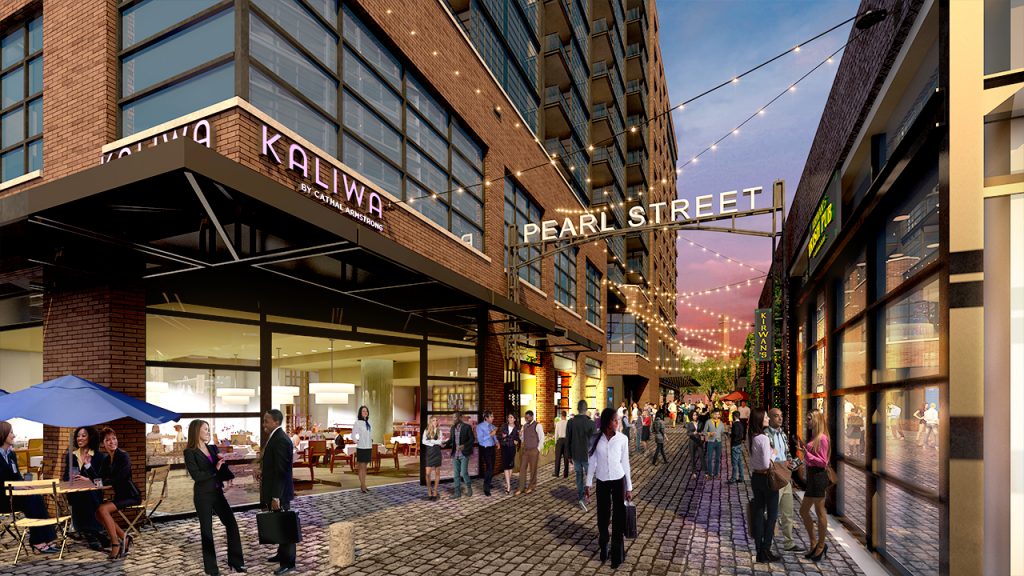 But seriously, this area is fixing to be pretty sweet.

“Hoffman-Madison Waterfront (HMW), developer of The Wharf, announced new additions to its expanding dining and entertainment scene, where the District’s best chefs, restaurant owners and entertainment impresarios are creating the region’s most eagerly awaited waterfront destination.

New concepts coming to The Wharf include:

● Eric and Ian Hilton, renowned for creating neighborhood mainstays including Georgetown’s Chez Billy Sud, and The Gibson along 14th Street, will open The Brighton, a high-energy waterfront pub

● Chef K.N. Vinod and Surfy Rahman, the DC area-based hospitality veterans behind Indique and Bombay Bistro, who, after over a decade of serving diners some of the most celebrated and exciting Indian cuisine in Washington DC and Maryland, will open a new Indian dining concept at The Wharf.

These new additions will open at The Wharf starting in October of 2017, joining:

● Nick Stefanelli, the chef behind Masseria, is opening a three-story Italian market and restaurant at The Wharf that will include an 80-seat trattoria, a rooftop bar, an Italian eatery, a butcher shop, cheese counter and bakery. Stefanelli’s yet-to-be-named Italian market has an anticipated opening of Spring 2018.

● Del Mar by James Beard Award-winning chef Fabio Trabocchi will pay homage to the island of Mallorca with Del Mar. The two-level waterfront Spanish and seafood restaurant is destined to become a standout in the DC restaurant scene.

● Hank’s Oyster Bar by Jamie Leeds, one of Washington’s most highly recognized chefs, is a reinvention of her famed Hank’s Oyster Bar for The Wharf. Hank’s On The Water will be known for its simple, approachable seafood menu, consisting of “urban beach food” in small and large plates for sharing—in an incomparable waterfront setting along 7th Street Park and Wharf Street.

● Rappahannock Oyster Bar by cousins and fourth generation oyster farmers of Chesapeake Bay, Travis and Ryan Croxton, will open at The Wharf. The new location will occupy the restored historic oyster shed (circa 1912) at the Municipal Fish Market and will have 40 seats indoors and another 80 outdoors.

● Requin by Top Chef Mike Isabella and Top Chef Finalist Jennifer Carroll will open at The Wharf. Their restaurant, situated on the edge of District Pier, will bring the Mediterranean coast of France to The Wharf. The riverside restaurant will have an extensive European wine menu and a social-centric sharing menu. The restaurant’s indoor-outdoor setting will have expansive waterfront views.

● Kirwan’s by Ireland native Mark Kirwan will be an authentic Irish Pub that will honor the rich Irish heritage of the Southwest Waterfront. Live Irish music will complement the convivial scene.

Stretching across 24 acres of land and 50 acres of water, The Wharf is the largest mixed-use development in the Greater Washington area. In addition to diverse and innovative dining experiences, The Wharf will reconnect the District with its waterfront, and when complete, create a vibrant, amenity-rich, 24-hour neighborhood for businesses, residents and regional visitors alike.”