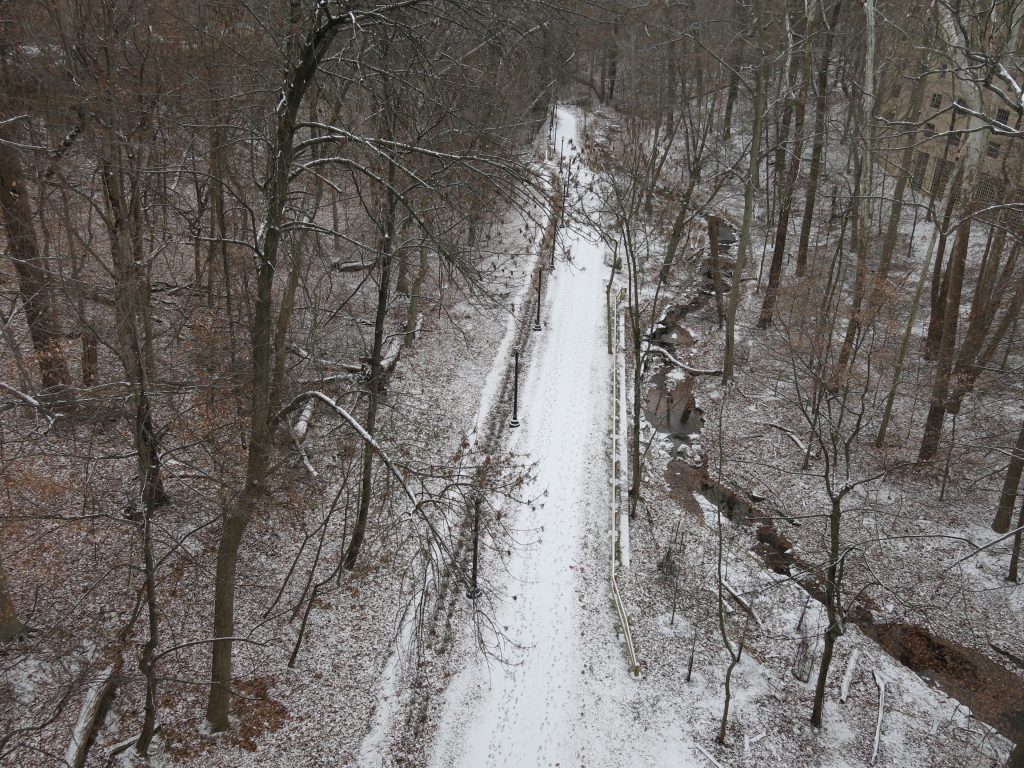 “Today at approximately 12:25 pm while walking up the Klingle bike path and nearing the Connecticut Avenue bridge, I heard a noise and turned around to see a silver car bearing down on me and my dog. I jumped out of the way and it sped past — going dangerously fast for conditions (around 30 mph at least). I yelled, waved my arms and screamed, but it didn’t slow down. A runner asked if I was okay and asked if I got the license plate — I hadn’t. He sped up trying to get close enough to see the license.

I called 911 as soon as I stopped shaking and reported it. On the way home (no lingering at 22 degrees to chat with 911), I saw a young man who’d been walking in the woods — he’d seen the car, described it as “seriously speeding” and said he thought it was a Toyota. Agreed it was silver.

I called 911 again when I got inside — they are sending an officer to take the report.

The fact is: THERE ARE NO EFFECTIVE BARRIERS TO CARS DRIVING ON THE BIKE PATH.”

And then on December 31st:

“Car on Klingle Trail New Year`s Eve. There is no visible marker and driver told us she was directed there by Google. Yikes.”