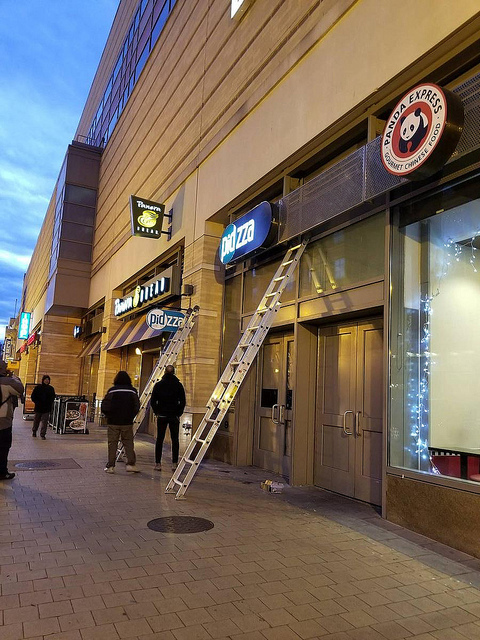 &pizza opened in the Columbia Heights Plaza back in March 2016. Zombie Donuts closed in December of last year. Pidzza has locations in Chinatown, Ivy City and most recently opened on U Street. You can see their menu here. 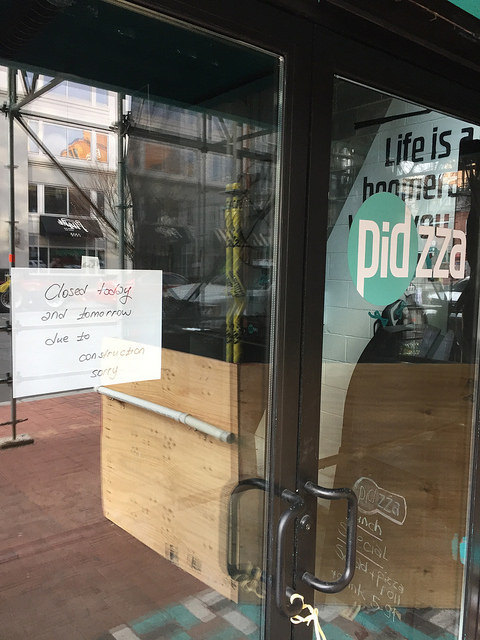 As I was typing this up I just got this email from Matthew:

“Pidzza in Chinatown. This has been up for close to 2 weeks now.

A friend tells me the pizza sauces were too spicy so she only had the pizza once, but wished they had a non-spicy sauce because she would eat there more often.”

Updates when we have an opening date in Columbia Heights and more info on Chinatown.

More Stories
CIRCA at Dupont closing after Ten Years. Last Day Open is December 31st“Arrest Made in a Voyeurism Offense”