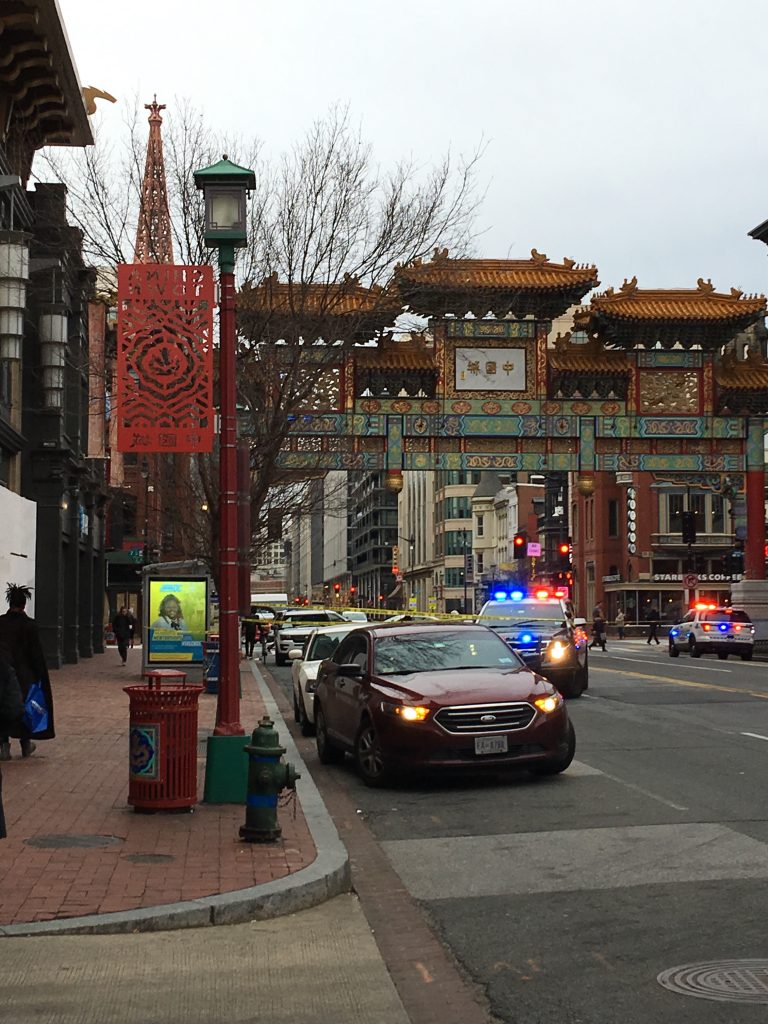 “Detectives with the Metropolitan Police Department’s First District seek the public’s assistance in identifying and locating a person of interest in reference to an Assault with a Dangerous Weapon (Gun) offense that occurred in the 600 Block of H Street, Northwest, on Wednesday, December 27, 2017.

The person of interest was captured by a nearby surveillance camera and can be seen in the photo below: 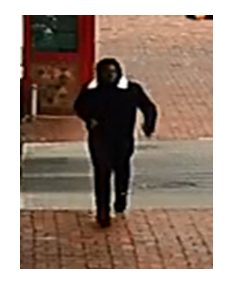 Another reader writes: “reports of shots fired in Chinatown. Heavy police presence and office buildings on lock down.” 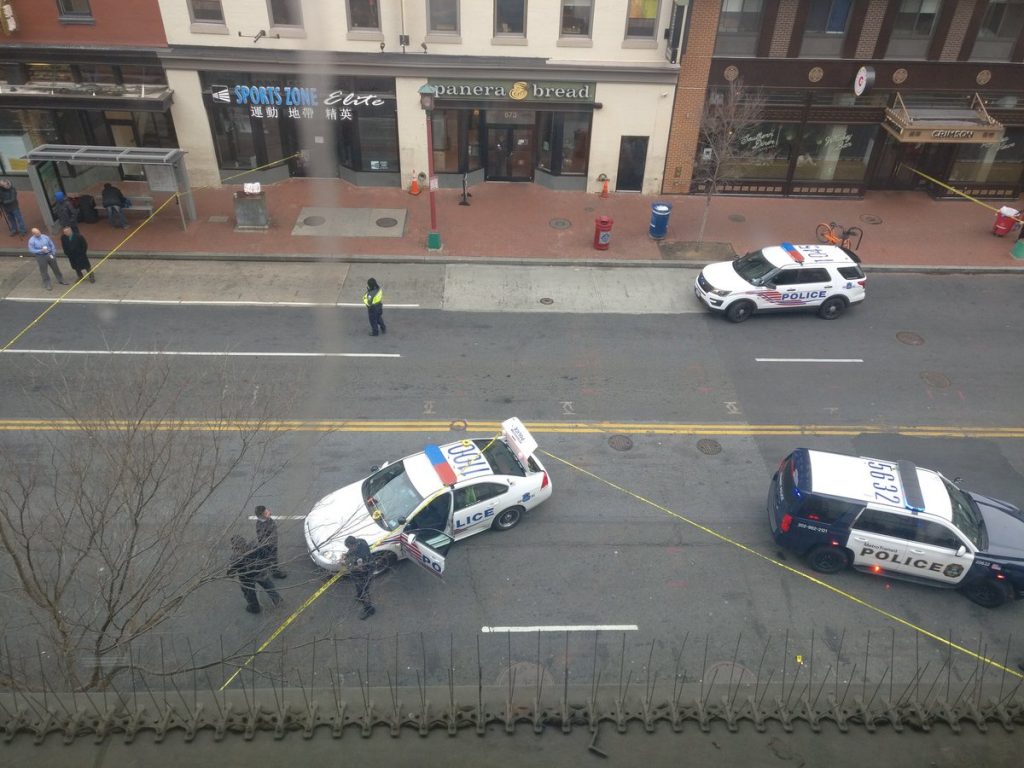 “Looks like whatever happened was at the X2/80 stop on the south side of H.” 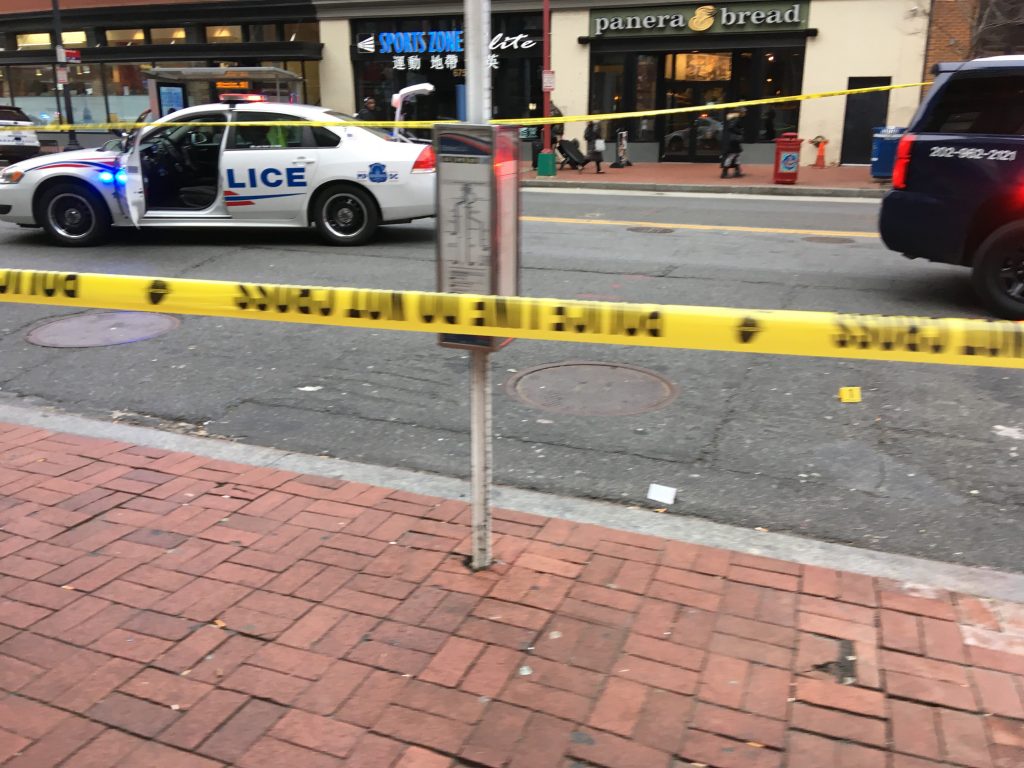