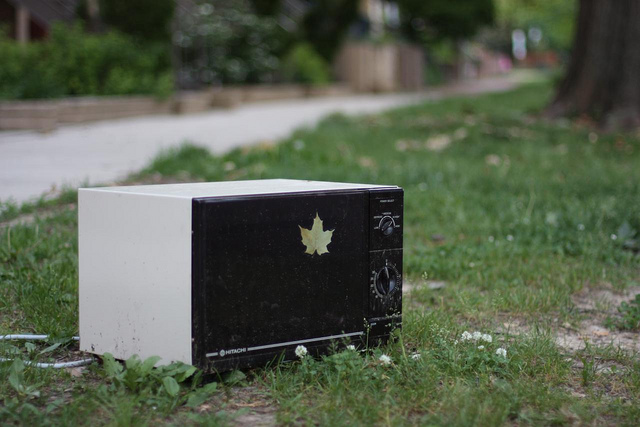 I moved into my rowhouse in Park View about 2.5 years ago and both adjacent properties were under some serious construction: the facades of the houses were still up, but behind them were huge holes in the ground. Construction has moved super slowly over the past two years, with issues of homeless people sleeping in the unlocked/unfinished houses, and my roommates and I have seen other sketchy behavior (i.e., groups of guys on bikes go in during the middle of the night, girls in very little clothing going in as well) while construction on those two houses was seemingly at a standstill. At one point, maybe eight months ago, the developer contacted my house asking if we had any information about a robbery that took place the prior evening: about $15k worth of appliances were stolen.

But over the past few months or so, the developer (same for both houses) has nearly finished, with the outsides of the houses looking basically complete and the backyards also starting to be groomed. My interest and concern has yet again peaked when early this morning, around 630am, I saw a group of four guys carry four large appliances (washer, dryer, or oven) out of one of the houses and load it onto a truck. It just seemed odd given the timing and the randomness of the act. And tonight, just walking my dog at 945pm, I saw who I think was the same group of four guys unload yet another large appliance from that house onto the street. They literally placed it just above the sidewalk, walked away down the street, and 30 minutes later I’m still starring at this random appliance from my bedroom window.

My concerns might be captured by two questions: 1) Is it normal that one of these pop-up/pop-back rowhouses would remain unfinished and unoccupied for over 2.5 years and counting? And 2) Has anyone heard of some type of sketchy scheme that involves unfinished real estate and the movement of large appliances?

Just wondering if someone out there has experienced this, or heard of it secondhand. Thank you so much!!”

more stories
Previous
“In April 2018, a jury of twelve peers will determine the fate of the Suntrust plaza permanently.”
Next
Where to Find Latkes to Go?