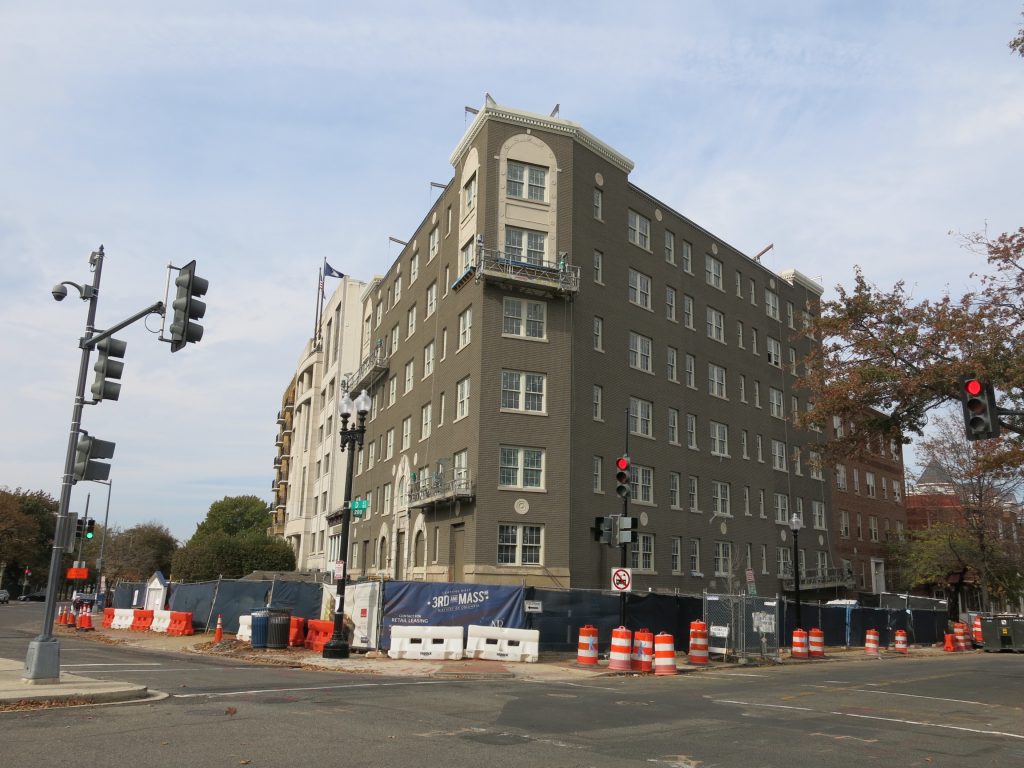 “Dear PoPville,
I am wondering if your readers have any information on the never-ending Heritage Foundation construction project at 3rd & Mass Ave NE, near Union Station and the H Street Corridor.

I live in a nearby apartment building, and while property management does its best to keep tenants updated, we’ve been putting up with construction sounds beginning at 6 AM, dumpsters and debris lining the street, increased rodent presence, and torn up sidewalks since work on the building began in January 2016 – also when the beloved “Bagels & Baguettes” closed as a result of the construction.

It seems work has moved at a snail’s pace. For those unfamiliar, Heritage is not erecting a completely new structure, but instead is renovating the existing building. At present, they still have bulldozers outside the property and are continuing heavy construction. It’s hard to imagine how this is completed by January, which means work on this particular project will drag on over two years – and they’ve just received permits to build a new three-story structure in place of the Armand’s Pizza, meaning we have at least another year of construction ahead of us.

I cannot stress how inconsiderate and noncommunicative Heritage has been to neighbors throughout this process – knowing of their backwards views on many issues doesn’t help. Will we at least be getting some good new retail or restaurant options out of the deal to replace those that were forced out?” 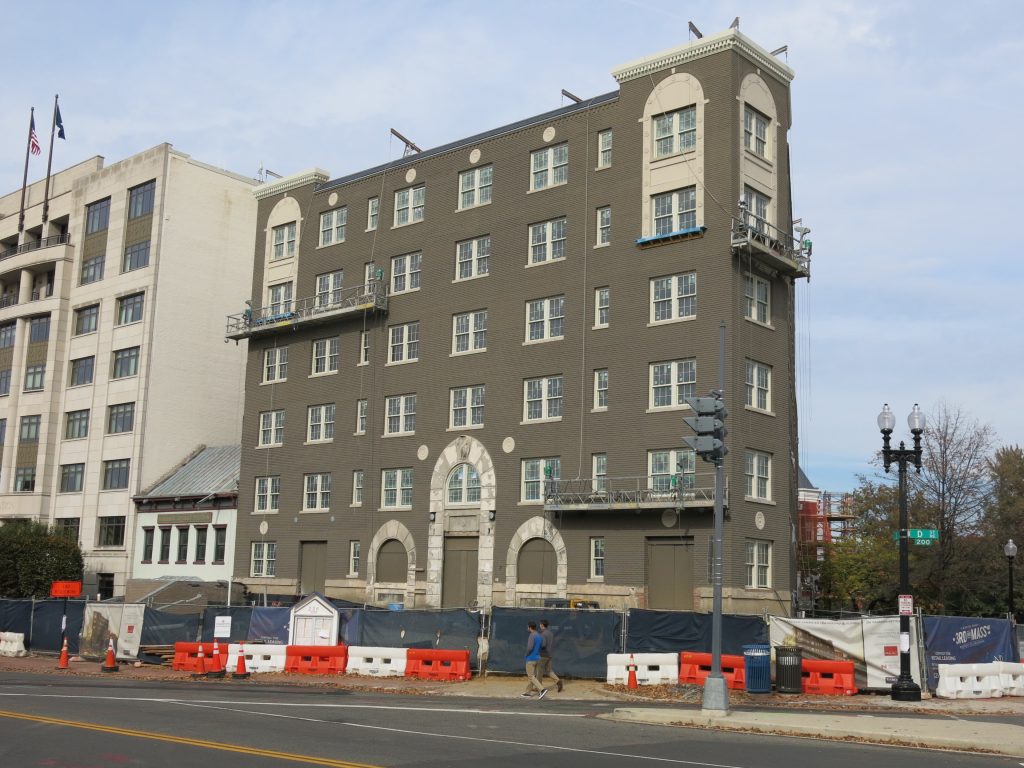 “Surrounded by an affluent demographic, this mixed-use property has 27 luxury apartment units conveniently located for Capitol Hill staffers. Just outside your door is the renowned Heritage Foundation with over 400 employees set alongside the Senate compound which houses 15,000 Washingtonian staffers.

Situated on the corner of Massachusetts Ave and 3rd Street NE, it is only a short walk to Union Station, the U.S. Capitol Building, the Supreme Court and the House and Senate office buildings.”

Nelson Architects has some renderings and says:

“This multi-phased project is located one block from the Nation’s Capitol and comprises one 7-story building to be converted from office to residential with retail on the lower 2 levels, one 8-story building with 4 floors to be converted from residential to office, one 8-story office building to be renovated at the basement and 1st floor levels along with excavation of half of the building footprint to extend the basement floor plate, a new 3-level below grade garage and 6 new single family rowhouses. This complicated master plan was unanimously approved by both HPRB and BZA, with strong community support.”

Read more →
More Stories
“Year to date, the District has experienced a 27 percent reduction in robberies”“Question for the parents and guardians in the room – Any suggestions to change this behaviour?”