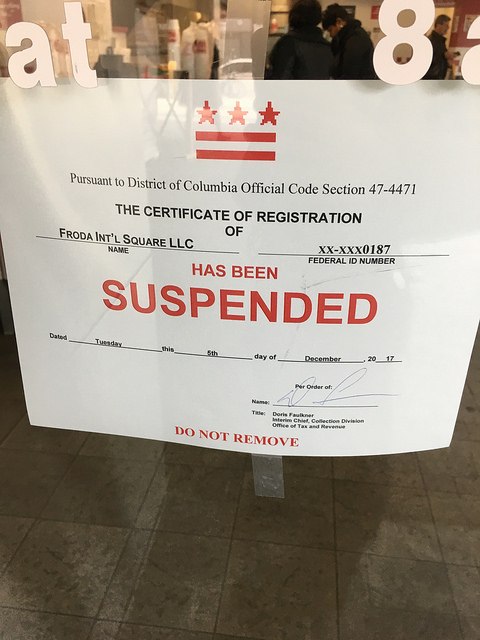 Thanks to a reader for passing on the report from NBC Washington:

“The D.C. government has ordered the shutdown of three Five Guys restaurants in the city because the owners failed to pay sales taxes, officials say.