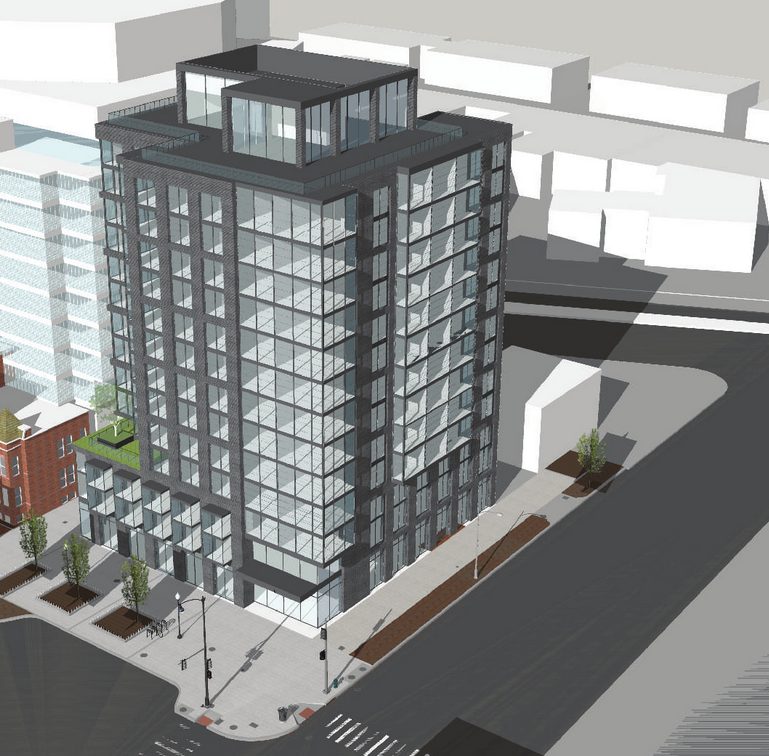 It is not clear who will build the planned “235 key” hotel with a rooftop bar at K and Sixth Streets NW. The design is only in its earliest stages. No hotel group has been chosen to run the hotel once it is built. Neither the bar or the hotel has a name. The penthouse bar may be run by the proprietors of the hotel, or may be operated by a third party.

“It’s a little unusual in setting particular usage terms before an operator is even selected,” said Commissioner Alex Marriott (district 05). The planned hotel will be in Marriott’s district.

Any “nightclub, bar, cocktail lounge, or restaurant” operating in a building penthouse requires zoning relief from the DC government. Presenter Drew Turner of Douglas Development explained about several facets of the construction that will require zoning relief, including moving and preserving existing buildings. However, at the November 7 meeting, ANC6E only voted on the matter of the hotel penthouse.

Turner said that the construction of the new hotel is currently scheduled to begin in “the latter part of 2018” and take about 18 months.

Mayor Muriel Bowser appeared at the ANC meeting while Turner’s presentation was in progress and sat listening in the front row until the matter was decided. Directly after the ANC’s vote, she talked about unrelated local issues. A post about Bowser’s talk was published on Popville November 8.