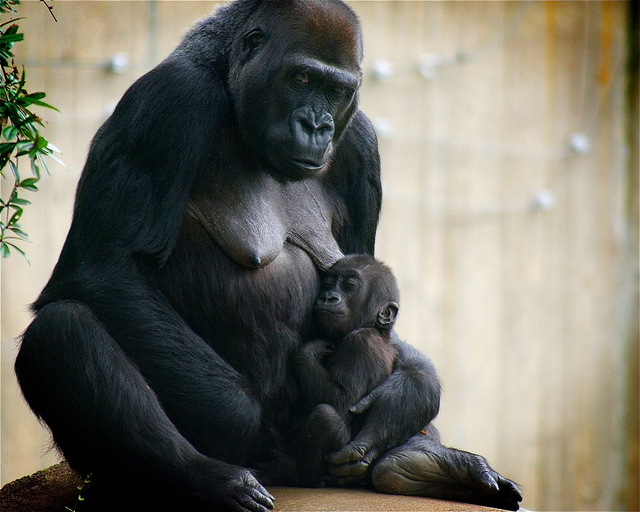 “For the first time in nine years, primate staff at the Smithsonian’s National Zoo are making preparations for the highly anticipated birth of a critically endangered western lowland gorilla. With a breeding recommendation from the Association of Zoos and Aquariums’ Species Survival Plan (SSP), the parents to be–15-year-old female Calaya and 25-year-old male silverback Baraka–bred in summer 2017. Animal care staff used a common human pregnancy test to confirm that Calaya had successfully conceived. They are cautiously optimistic that she will deliver a healthy baby between late March and early May, 2018. However, just as with any animal pregnancy, there is a possibility that miscarriage, stillbirth or a complication could occur. The Zoo will provide weekly updates on Calaya’s pregnancy through Facebook, Twitter and Instagram using the hashtag #GorillaStory. 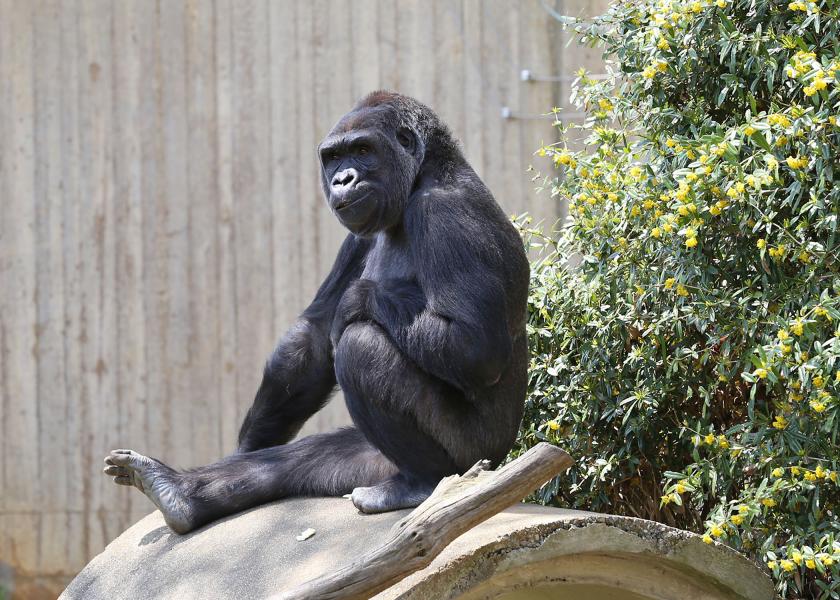 “It is a rare and exciting event that we will soon have not one, but two, primate infants at the Great Ape House,” said Meredith Bastian, curator of primates. “Both Redd, our 1-year-old Bornean orangutan infant, and this western lowland gorilla belong to species that are critically endangered in the wild. Our growing primate family gives us an opportunity to highlight the differences between the biology, development and social nature of these amazing animals and inspire Zoo visitors to care about their conservation.”

Calaya came to the Zoo in February 2015 from the Woodland Park Zoo. When she first arrived, keepers described Calaya as aloof and disinterested–she would avoid eye contact, grunt and walk away whenever they tried to engage with her. Then, animal keeper Melba Brown had an ‘aha’ moment. She noticed that Calaya learned best by watching the other gorillas train and repeating those actions. It was a breakthrough that helped Brown form a trusting bond with Calaya. Within a matter of days, Calaya mastered basic husbandry behaviors, such as presenting body parts for inspection. These formed the basis for more complicated maternal training, including ultrasounds, urinating on cue for hormone analysis and breast manipulation for lactation assessments and nutrient analysis.

Ever since keepers discovered this aspect of Calaya’s personality, they have been acclimating her to the experiences of motherhood. Since she learns best by observing other gorillas, Brown presented Calaya with photos of mother gorillas holding and nursing infants. In addition, she has trained Calaya to touch, kiss and “nurse” a plush gorilla toy. This training enhances the likelihood that Calaya, who will be a first-time mother, will care for her infant.

“Calaya has shown me, more so than any other gorilla I have cared for, that trust is extremely important and it has to be earned,” said Brown. “When there is a great relationship between a gorilla and a keeper, training excels. These husbandry behaviors are a great tool for monitoring her pregnancy and help establish a common language between us in the event we need to offer her direction when the baby arrives.”

Calaya resides in the mixed-sex gorilla troop with Baraka, an adult female named Mandara and a sub-adult female named Kibibi. Silverback brothers, Kwame and Kojo, live together in a bachelor troop. Visitors can see the Zoo’s six gorillas and meet a great ape keeper to learn about the fascinating world of apes at 11:30 a.m. daily.”