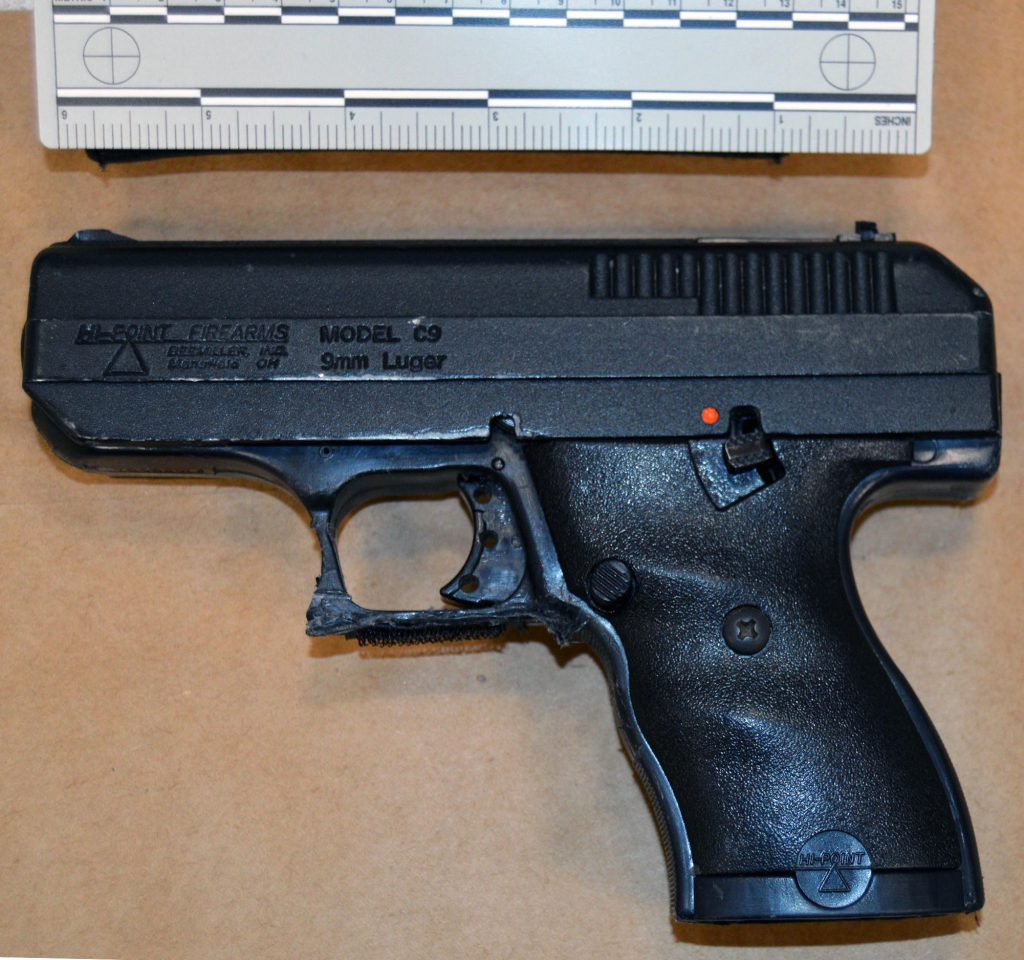 The officers were on routine patrol at Minnesota Avenue Station at approximately 3 p.m. yesterday when they observed a male subject fare evade by squeezing his body through the fare gates as he entered the station.

As the subject reached the platform, the officers identified themselves and asked to see the subject’s SmarTrip card. The man, identified as Alontae Markell Hickman, 21, of Southeast DC, told the officers “don’t even check it” as the card had a negative balance.

Further investigation revealed Hickman to be a habitual offender for fare evasion. Upon being advised that he was under arrest, the subject stood up and turned his body away from the officers in an apparent attempt to flee. As the officers attempted to restrain him, the suspect began to fight the officers. A violent struggle ensued, with the suspect kicking, scratching and elbowing the officers as they tried to place him in handcuffs.

During the struggle, the suspect was observed reaching for a black semiautomatic handgun and throwing it onto the tracks. Priority backup arrived approximately three minutes after the initial stop, and with the assistance of other officers, Hickman was placed in handcuffs.

MTPD officers recovered and secured the firearm, which was found to have one round in the chamber.

Hickman was arrested on preliminary charges of Assault on a Police Officer, Fare Evasion, and Unlawful Possession of a Firearm. Hickman is currently on parole, and additional charges are possible. He is expected to make his first court appearance today.”