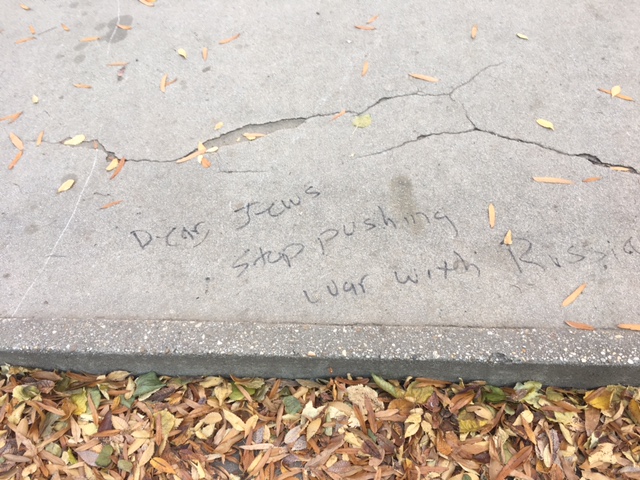 Sadly more reports of anti-semitic graffiti. Above from “Franklin Square called in to 311 already.”

Another reader sends from 17th and Pennsylvania Ave, NW: 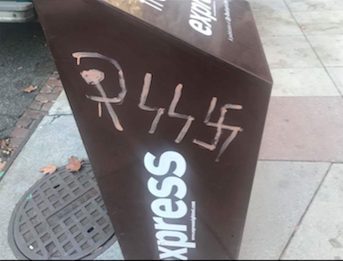 “outside peets coffee. my friend already reported to 311 RE graffiti removal. but how else to flag this?”

On Monday MPD told us:

“MPD is aware of the graffiti that has proliferated over the last several days. We are working to document it all, and coordinating with the Department of Public Works on its removal once we have taken a report and pictures.

If the public sees anti-Semitic graffiti regarding war with Russia, we ask that they look to see if it has also been marked “MPD CCN.” If it has, MPD has taken a report and it is on DPW’s list for clean-up, and there is no need to place a call. If it does not say “MPD CCN” on it, please call 311 to report the graffiti, noting the exact location, and, if available, any information about when the location was defaced.“