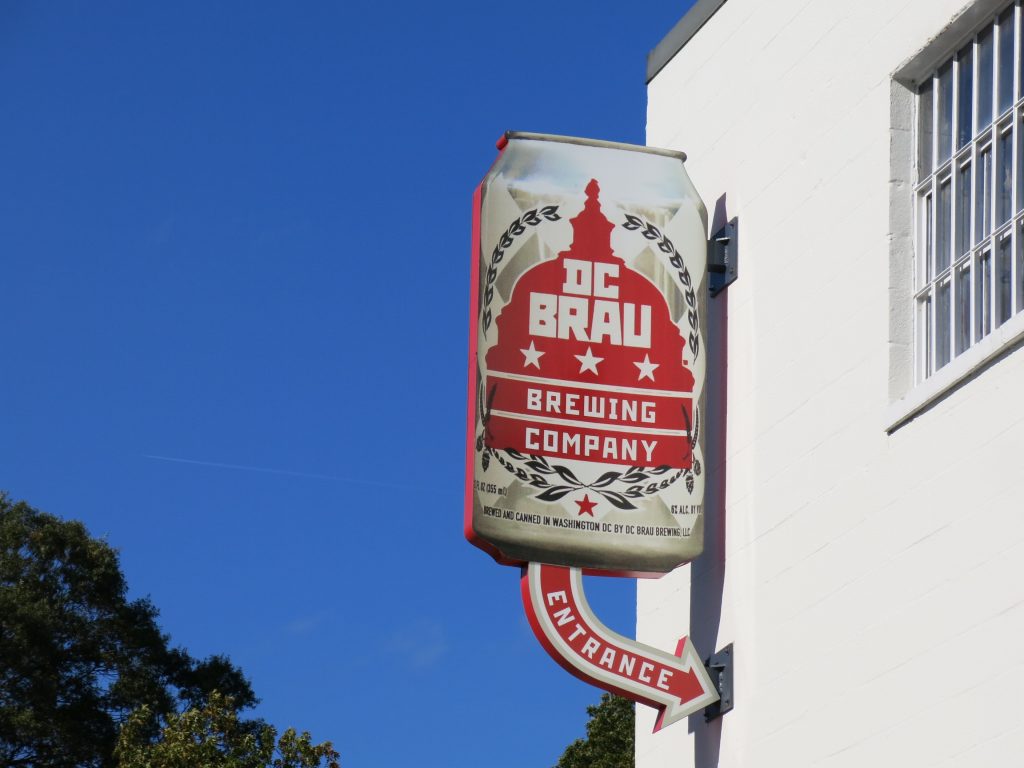 I think some of us take it for granted that D.C. has always had a vibrant brewing scene. Well I think I have taken it for granted anyway. But I’m reminded at how far we’ve come after a recent visit to DC BRAU. It was way back in March 2011 that I first visited DC Brau Brewing Company on Bladensburg Road. In 2011 they were 6,667 square feet and brewing 1600 barrels with 3 employees. Today they are now 48,500 square feet and brewing 15,000 barrels a year with 48 employees. Which brings me to why I went there in the first place – they got a new Brew house up and humming: 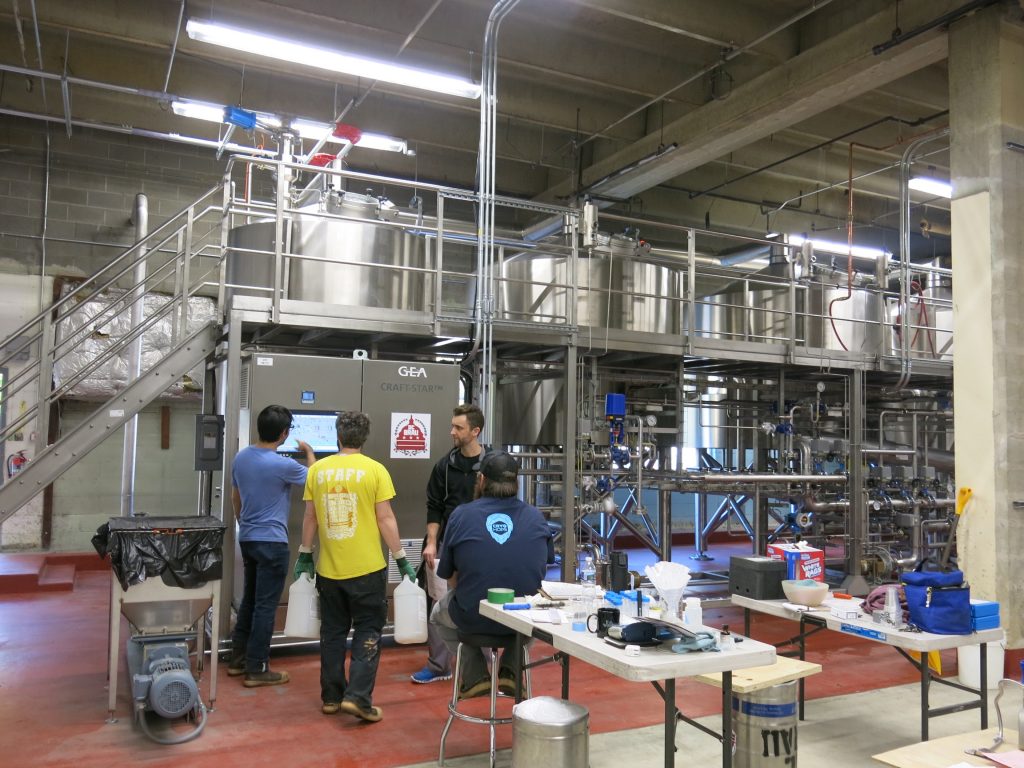 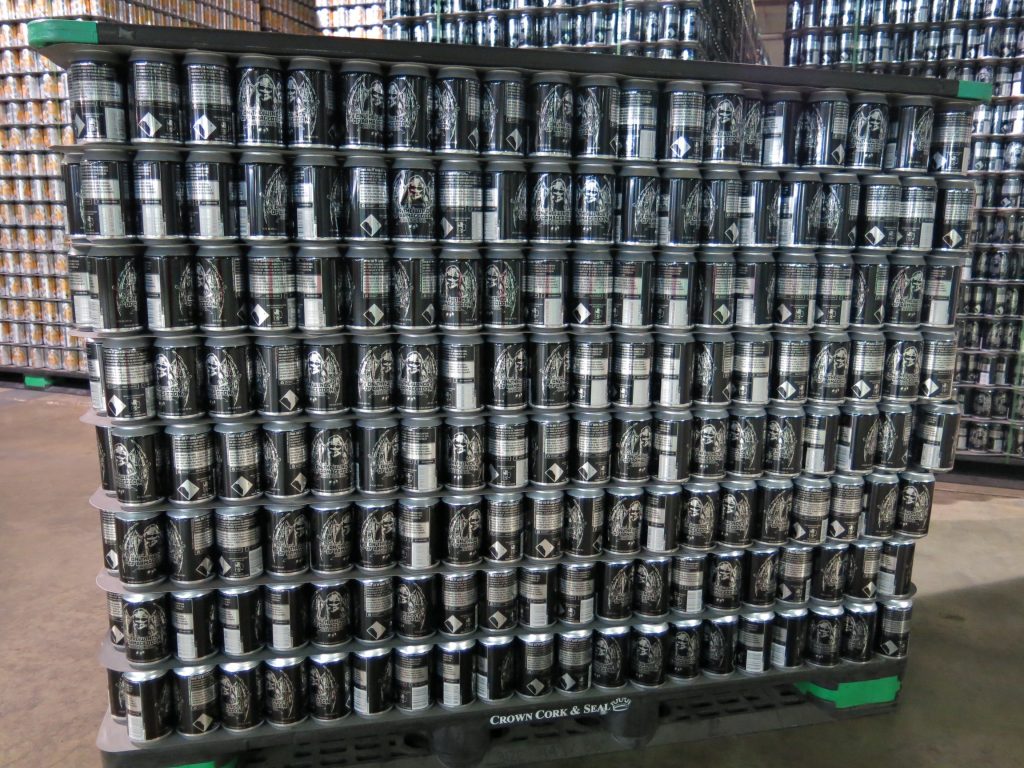 ON THE WINGS OF ARMAGEDDON, my personal favorite

That increased capacity means we’ll be seeing more DC Brau around town but also more Brau on our travels. First up – Boston. Next up – possibly North Carolina, possibly Pittsburgh and Sweden. What?!?

“DC Brau worked on a very special new collaboration with Barnaby Struve (formerly of 3 Floyds Brewing) who is now with Swedish brewery, Stigbergets, they dubbed Especially Splendid Brew ESB. They brewed 30 barrels of a Beefed-up Extra Special Bitter with heavy dry hop that should ring in around 6% with 35 IBUs. A portion of the batch was sent to Sweden for distribution there, with the remainder kept stateside for distribution in keg only.”

More about the future – the old brew house will be used for “one offs” and specialty beers. You’ll be able to taste some around town but also in their tap house/tasting room. Speaking of which, a new tap house/tasting room is coming too. It’ll be much bigger than what they have now. We’re talking 4,000 square feet, 25 taps, some fuckin’ muscle. In addition to plans for a new tap house, there are plans for a new event space with room for about 200. STAY TUNED. 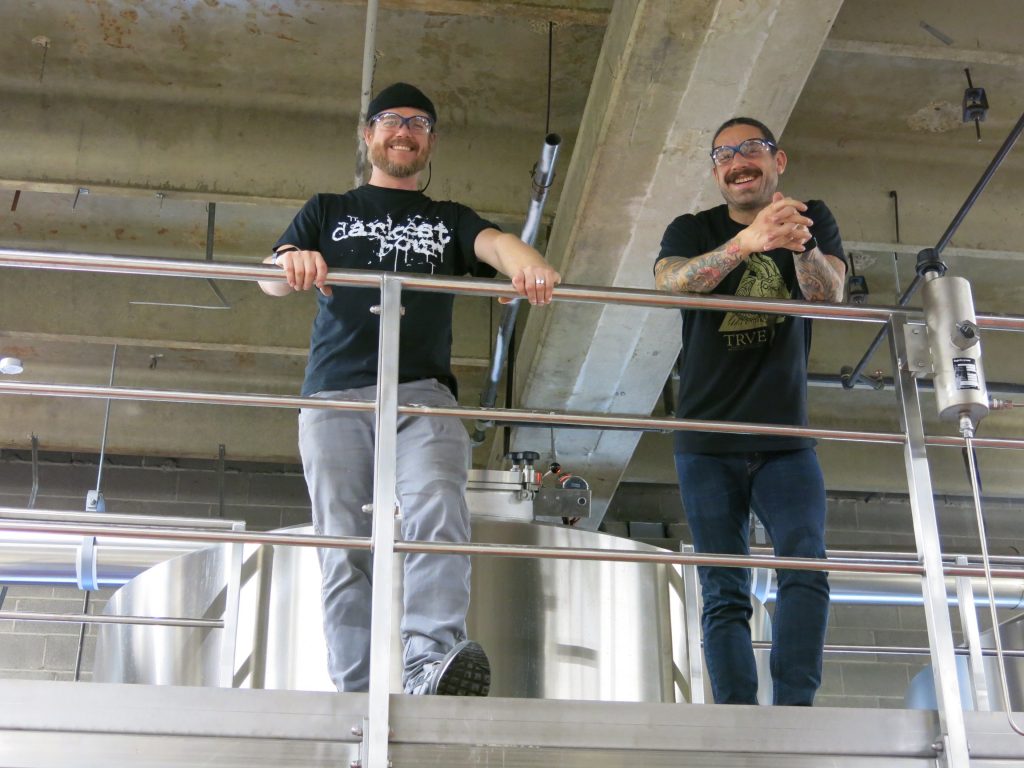 And the last thing I’ll mention is that, even though DC BRAU is a big deal these days (and getting bigger) – the crew remain humble. The whole crew, not just Jeff and Brandon. It’s always more fun to root for local when the peeps behind the product are good peeps. They got good peeps in spades here. Wishing them many more years of growth and success. 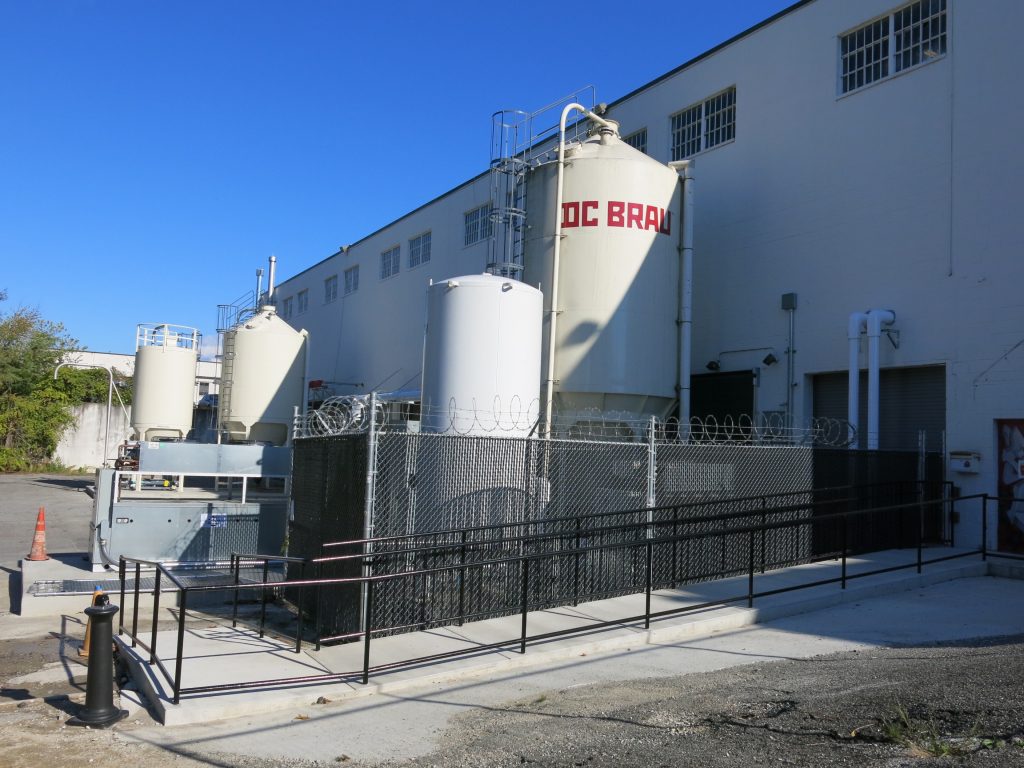 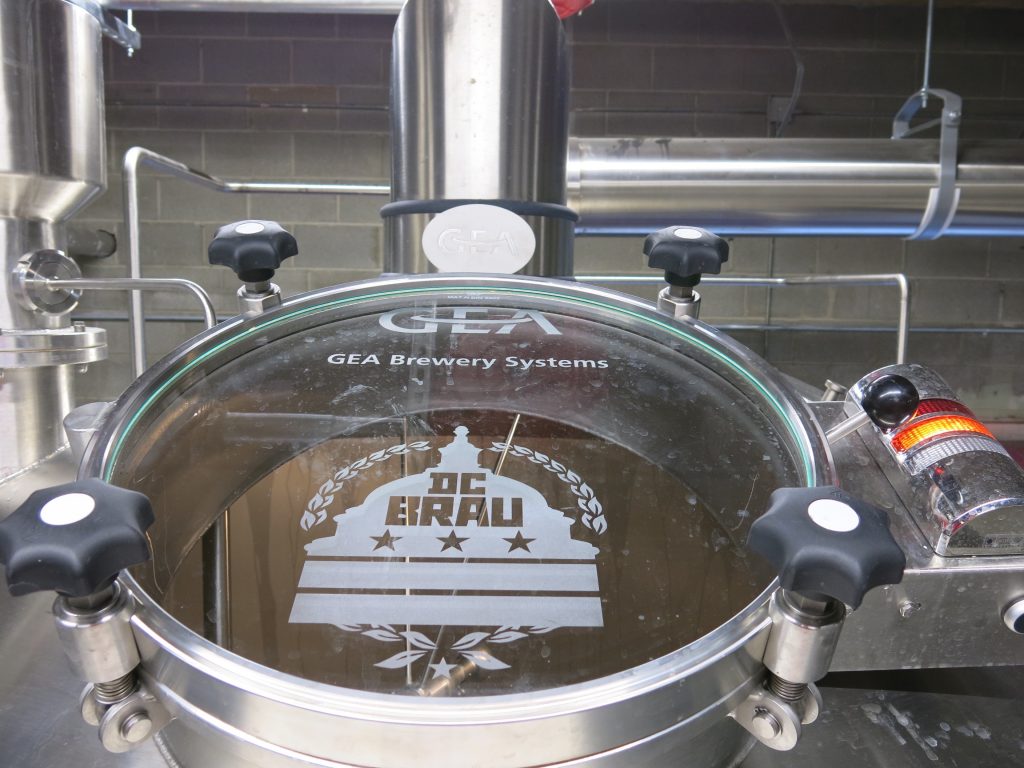 A window into a vessel where the magic happens 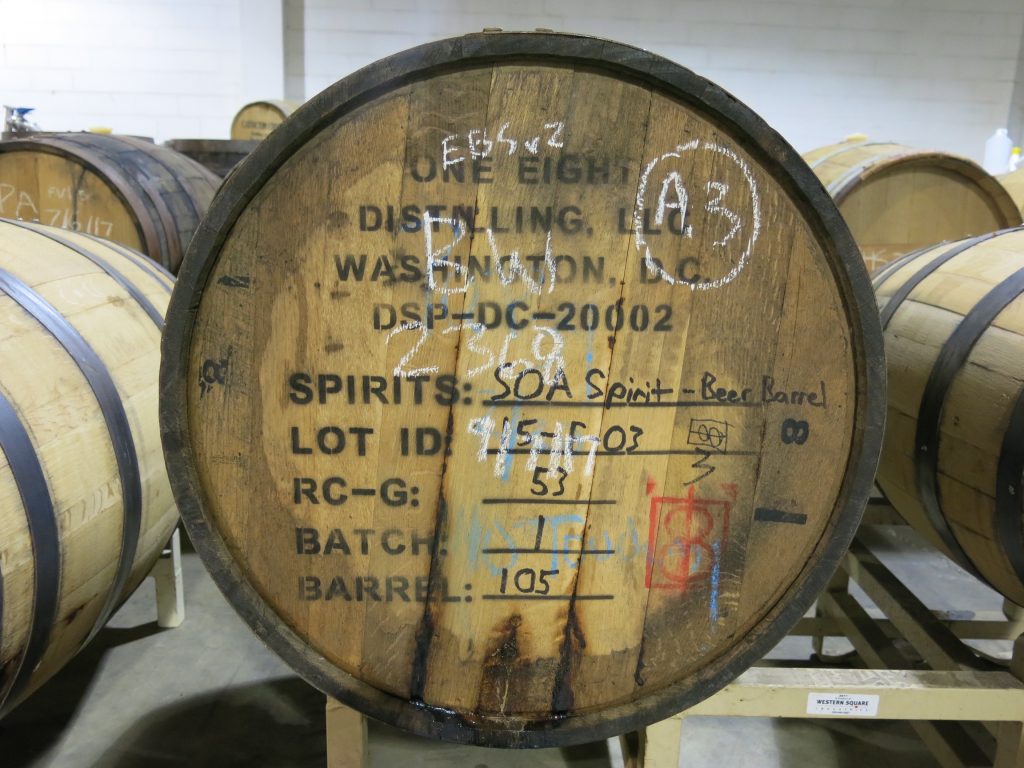 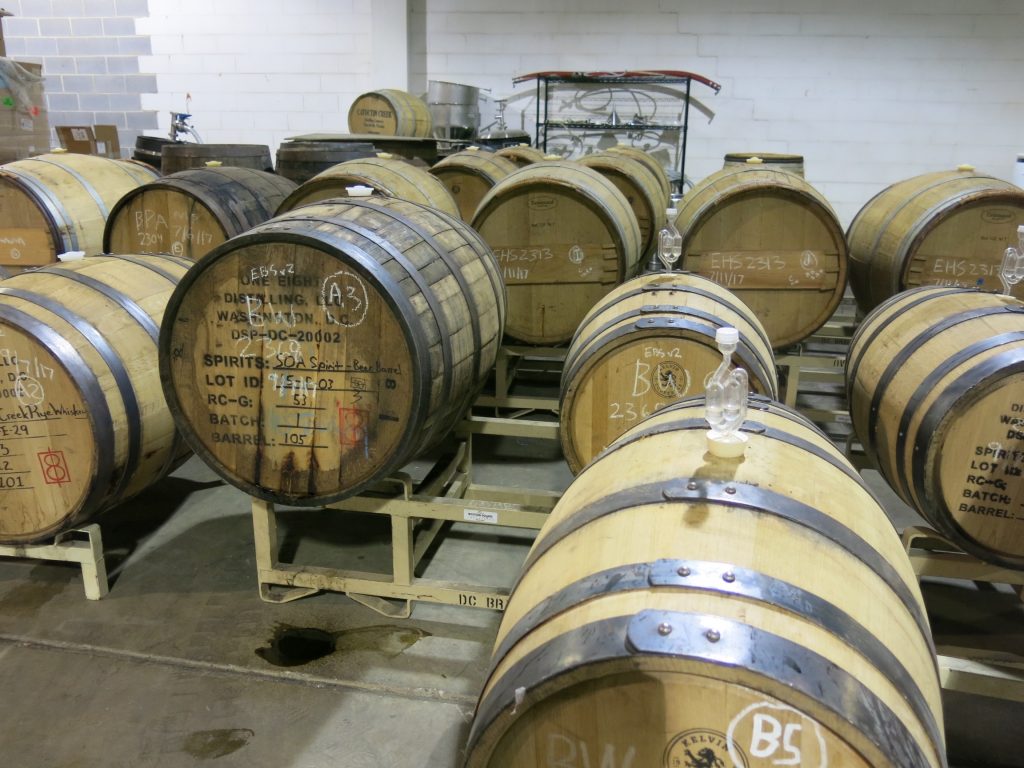 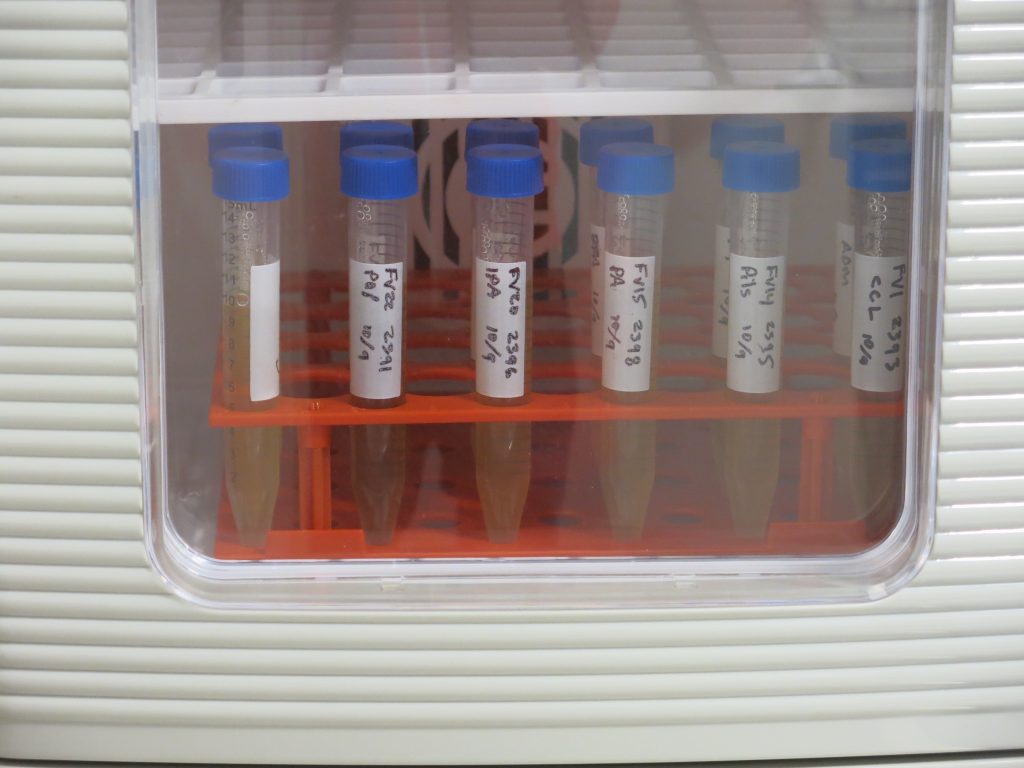 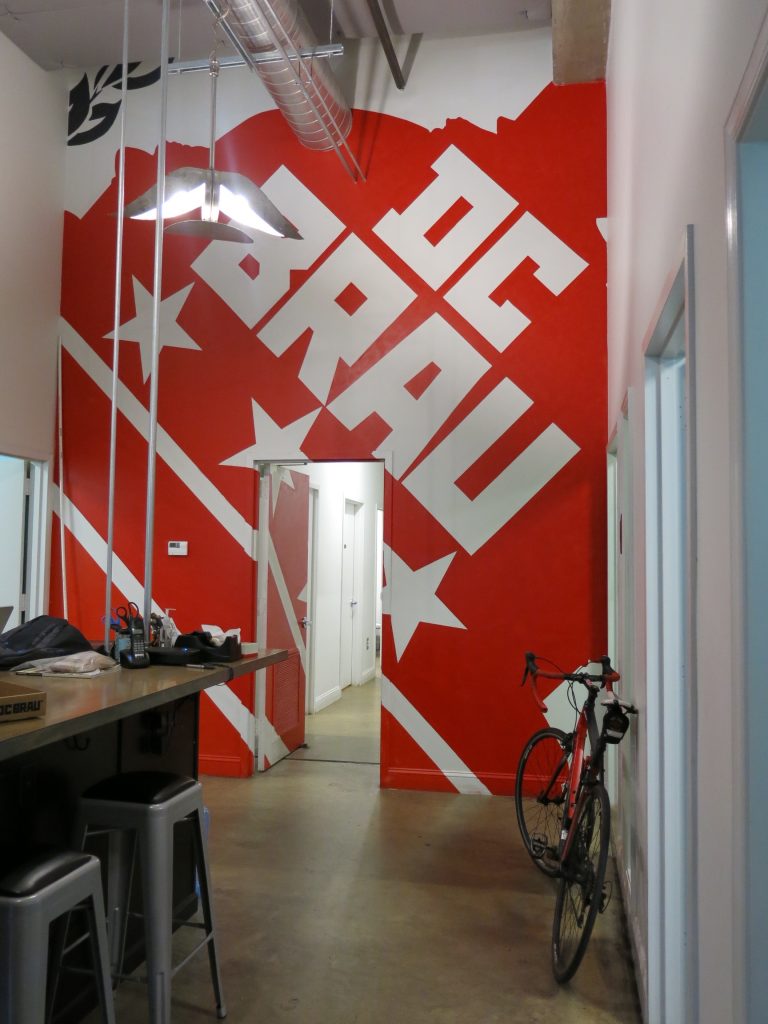 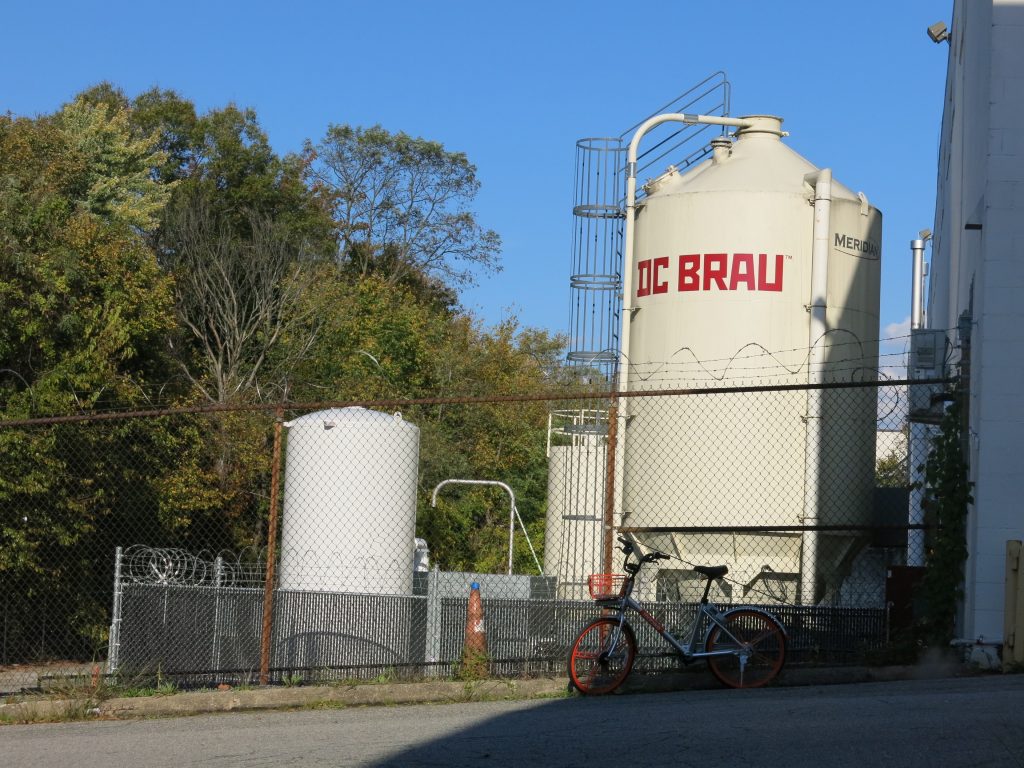 Dockless bike, chilling here for over a week. 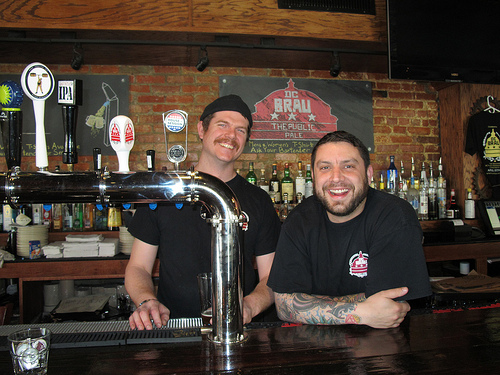 The boys at their 2011 launch at Meridian Pint.