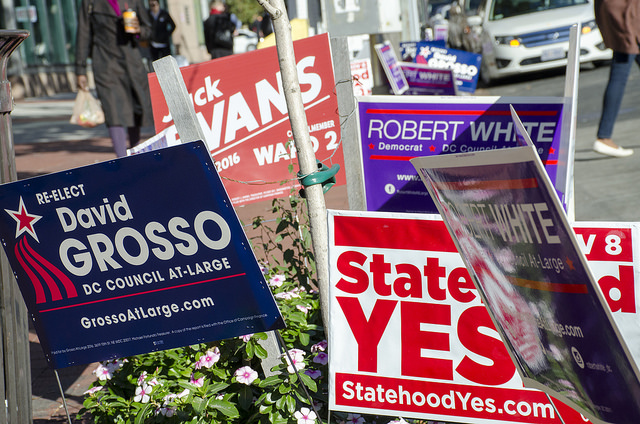 “Doctors and nurses are vital patient advocates,” Grosso said. “They should not fear employer discrimination for speaking up in the interest of patients who have decided to have an abortion.”

The Abortion Provider Non-Discrimination Amendment Act of 2017 would amend the Human Rights of Act of 1977 to make it unlawful to discriminate against health care professionals for providing or being willing to participate in abortion and protect their ability to speak publicly about their support for abortion. It also prevents hospitals from denying staff privileges just because the health care professional is an abortion provider.

Health care professionals across the country, including in the District of Columbia, report hostility and outright discrimination from their employers due to their support for abortion access or participation in abortion care. For example, Diane Horvath-Cosper, a physician who provided abortions at a private secular nonprofit hospital in D.C., was threatened with termination for speaking with the media about the importance of abortion access.

“D.C.’s health care industry employs over 45,000 people. While only a few of those would be likely to need the protection of this bill, we pride ourselves as a jurisdiction that staunchly defends the right to an abortion, and we should ensure that no nurse or doctor fears that they will lose their jobs or careers because of participation in abortion services or advocacy,” Grosso said.

“Health care providers should be able to pursue work as abortion providers, without fear of discrimination,” said Fatima Goss Graves, president & CEO of the National Women’s Law Center (NWLC) in support of the legislation. “The Abortion Provider Non-Discrimination Amendment Act is a common-sense solution that voters support and health care providers need. Amid relentless efforts by the Trump Administration and Congress to attack a woman’s right to abortion, it is more important than ever to protect those providing this crucial care.”

Grosso previously introduced and the Council passed into law the Reproductive Health Non-Discrimination Amendment Act to protect individuals from employment discrimination on the basis of their, or a dependent’s, reproductive health decision making.”