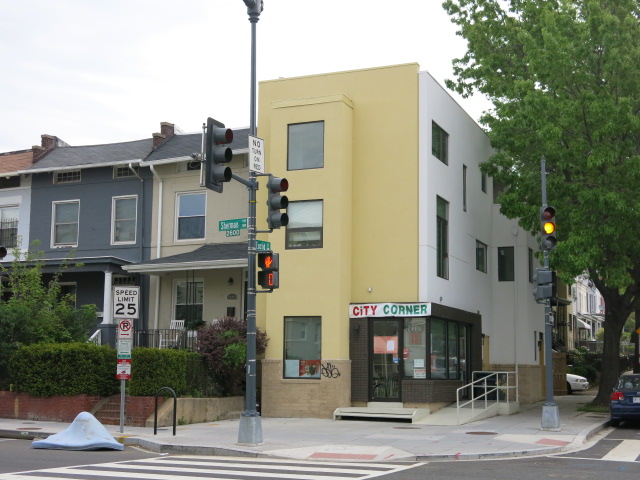 The owners of the City Corner Market (2601 Sherman Avenue NW) want to sell wine and beer. They are on a long trip through the DC government bureaucracy to make it happen.

On November 20, a committee of Advisory Neighborhood Commission (ANC) 1B/U Street unanimously endorsed an application for zoning relief which will bring the store one step closer to legal wine and beer sales. However, if the store gets the zoning relief that it seeks, it then must start from square one and apply for a liquor license from a separate DC agency.

Patrick Nelson, chair of ANC1B’s Zoning, Preservation and Development Committee, has been helping the owners of the store navigate the DC bureaucracy. He explained to the committee how the store found itself in the present situation.

The store, which is located at the corner of Sherman and Euclid Avenues, functioned as a grocery store for over two decades. The previous owner passed away, and later his wife. The former owners’ son “didn’t want to have anything to do with it”. He sold the store. The buyers began operation in 2014. Nelson and the new owners approached DC liquor licensing authorities but were turned away because the store is located in a “Residential Flat (RF) – 1” zone.

“The purpose of the RF-1 zone is to provide for areas predominantly developed with attached row houses on small lots within which no more than 2 dwelling units are permitted,” a DC Office of Zoning (DCOZ) web page says.

Another DCOZ web page explains that “corner stores” are permitted in RF-1 zones. Sales of alcohol to be consumed off-site are allowed in these stores, but require zoning relief.

Nelson has put the owners in touch with local attorneys who specialize in liquor licensing problems, and the case is moving forward. Nelson said there was “huge community support” for the owners.

The rest of the committee seemed to think the request was reasonable. There was some discussion about whether a liquor store on the next block was within 400 feet of the City Corner Market. If so, the City Corner Market might have been ineligible for a liquor license. However, since a full-service liquor store requires a different category of liquor license than a grocery selling wine and beer, it seems that the 400-foot rule will not be a problem.

The committee voted unanimously to support the request. The full ANC will vote on endorsing City Corner Market’s request at its next scheduled meeting, December 7, at 6:30, at the DC Housing Finance Agency (815 Florida Avenue NW).