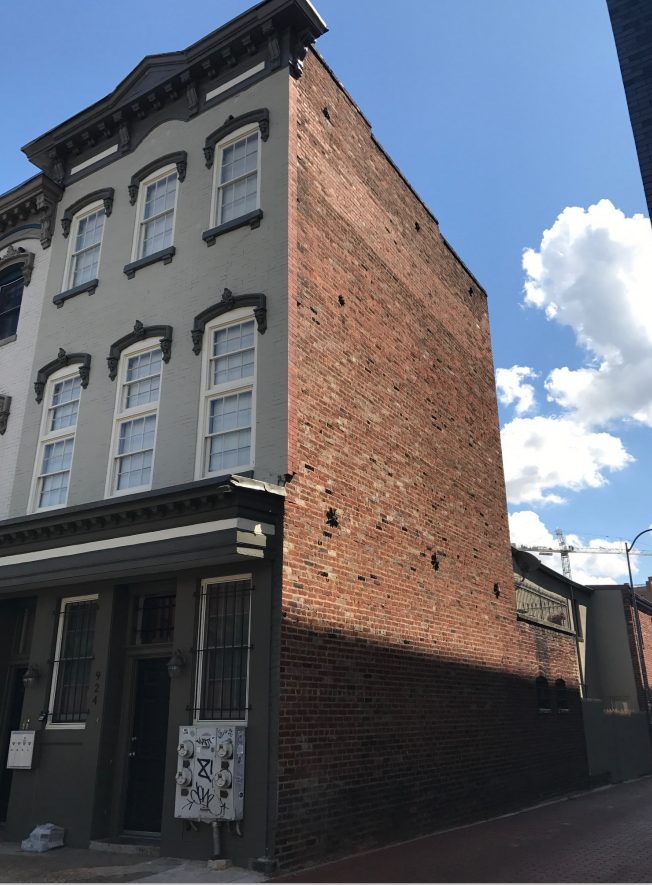 Photo via office of zoning files

A four-unit apartment building at the N Street entrance to Blagden Alley has been operating for about 14 years on the basis of “forged” documents. That’s the story a committee of Advisory Neighborhood Commission (ANC) 2F/Logan Circle heard at its regular monthly meeting last night (November 29).

The certificate of occupancy in the publicly-available electronic files of the DC Office of Zoning for this case is from July 1985 and allows a dry cleaners to operate on the premises. Shelton said at the meeting that this is the latest Certificate of Occupancy for the building.

A Certificate of Occupancy is the DC government’s confirmation that a property is being used in accordance with zoning regulations. In this case, the property is now zoned RF-1, which is “for areas predominantly developed with attached row houses on small lots within which no more than 2 dwelling units are permitted”. Before a 2016 conversion of zoning designations, the building was categorized as “R-4”, but the limitations were the same – no more than two residential units per property.

Now the owners want to get legal.

They are asking for zoning relief which will allow them to continue to operate the four-unit building with a valid Certificate of Occupancy. Once they have this document, the owners can then get a business license to run an apartment building – another document that the owners need but seemingly do not have, the committee pointed out.

The committee was generally unsympathetic to the applicant.

“If this were a new application, there’s no way you would get more than two units,” one committee member said.

“For us to support this would be to reward non-compliance,” said another.

The committee voted to recommend that the full ANC protest the request for zoning relief on the basis that complying with current zoning regulations would not impose “exceptional and undue hardship” on the property owner, especially given the property’s location and the current real estate market. The vote was unanimous.

If the building owners choose to continue, the matter may be considered at the next regularly-scheduled meeting of the full ANC on Wednesday, December 6, at 7pm, at the Marriott Marquis Hotel (901 Massachusetts Avenue).