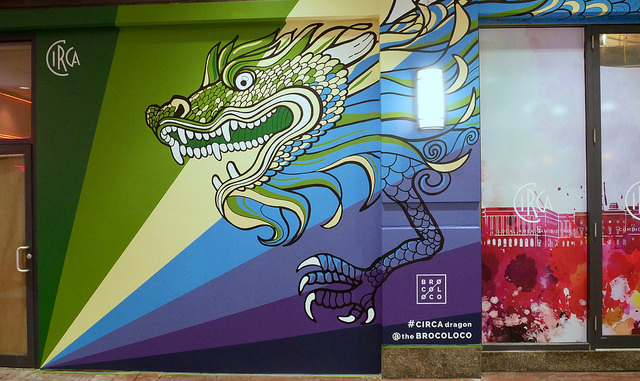 “BroCoLoco, a DC-based art and design company, is excited to announce and unveil a signature piece, “CIRCA Dragon.” The brand new, 40-foot public mural will be located near the iconic Friendship Archway, on the exterior wall of the new CIRCA at Chinatown set to open at 781 Seventh St. NW.

The overall mural design was selected by BroCoLoco and CIRCA as a nod to the significant role the dragon plays in Chinese culture as a symbol of strength and good luck. Additionally, the brightly colored hand-painted dragon scales of “CIRCA Dragon” were inspired by the traditional scalloped tiles from Chinese architecture.

“We’re thrilled to use the exterior wall of the restaurant as a canvas to activate the outdoor space,” says Matthew Carlin, President of MHG. “CIRCA Dragon was designed in partnership with BroCoLoco as an innovative element that will set the tone for our new location and neighborhood driven concept.”

“We wanted to create a design that naturally ‘spoke’ to the Chinatown community and became integrated into the fabric of the neighborhood,” says Aaron Scales, founder of BroCoLoco. “It’s a privilege to produce a piece that honors the neighborhood’s heritage and complements one of the most striking and enduring Chinatown symbols, that is the Friendship Archway.” 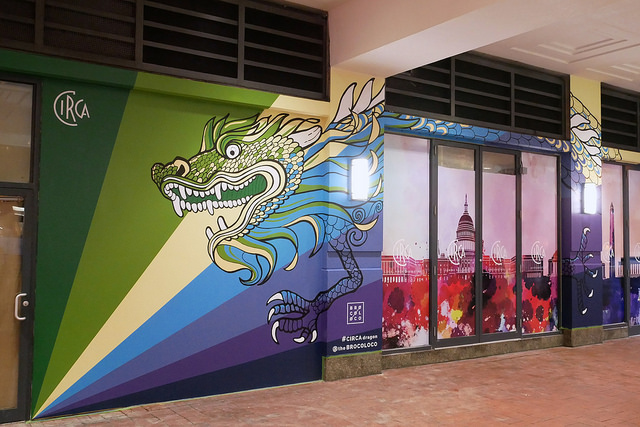