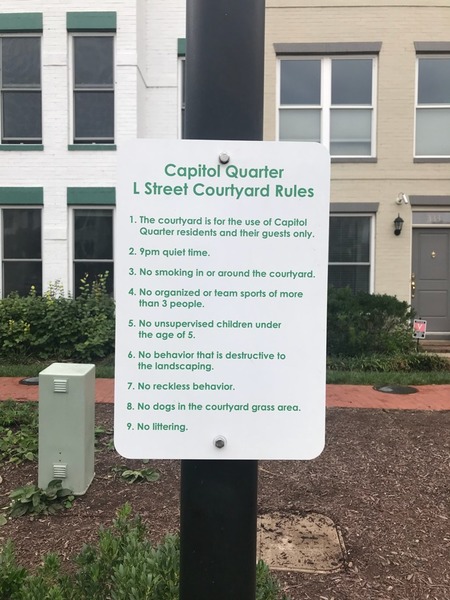 A Navy Yard resident emails us this complaint to 311’s seeclickfix:

“My white Nieghbor’s has been doing a lot of racial profiling and constantly calling the police on residents because we’re enjoying the weekends out side with our kids after 9pm but no later than 11pm. My fiancé and I just had to have a meeting with the white neighbors because they wanted to meet my fiancé and wanted to know our business. A sign was put up through out the Nieghbor hood claiming to be developed by the home owner’s Committee. These white people has come outside recording the residents and their guest, constantly reporting complaints about residents and guest to the to management office.”