“Phase one is extraordinary and we fully expect to come to a good conclusion rapidly,” said Commissioner Meredith Fascett (district 07).

Nevertheless, ANC6E, after listening to a long presentation led by Shawn Seaman, Executive Vice President of developer PN Hoffman, voted to protest the request to DC’s zoning authorities to proceed with the project because a few details remained to be negotiated. Among the matters of contention were:

— working out an on-street parking plan that kept tour buses off residential streets,

— the details of a prohibition on electronic signs (e.g., will bus stop advertisements be included?),

— minimizing the inconvenience that the project will cause to “live-aboard” community, that is, Washingtonians whose homes are boats moored in a Southwest marina. 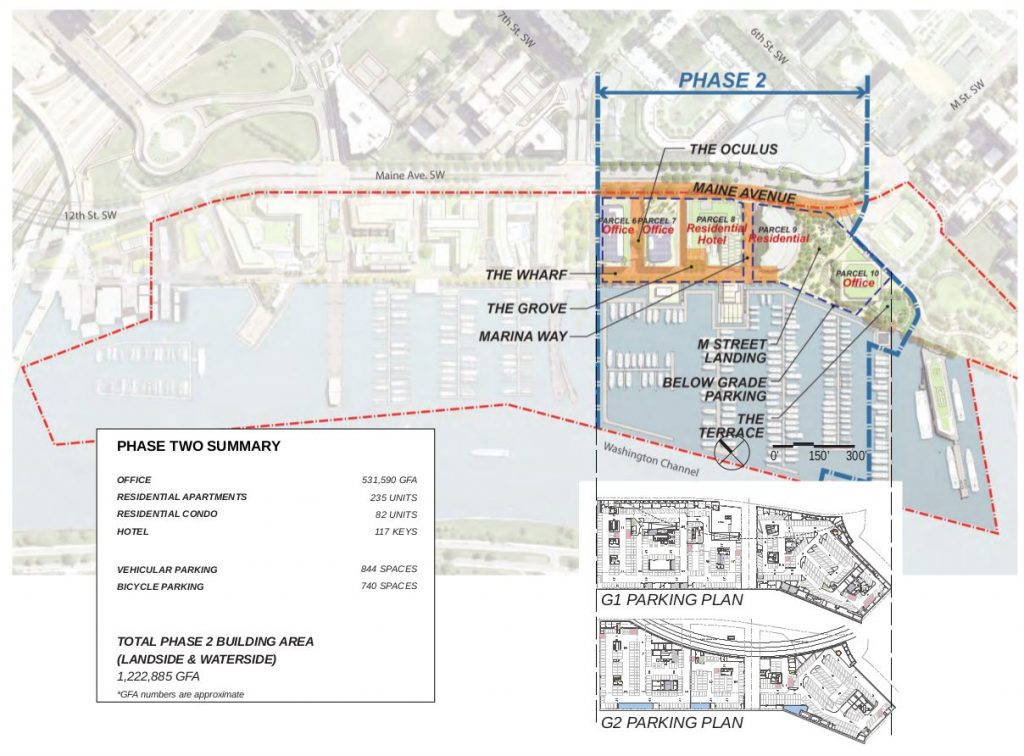 The tone of the meeting was very cordial and both ANCs and audience members seemed eager to get the project moving forward.

“This thing is going to be resolved and it’s going to work,” Commissioner Litsky (district 04) said after the unanimous vote to protest.

Plans for Phase II of the Waterfront development project can be seen by going to the Interactive Zoning Information System of DC’s Board of Zoning Adjustment and entering project number “11-03J” (without quotation marks) in the search bar.

Next
Did Somebody Say $2 Sangria? Then $2 Beer?